For women athletes, there is not enough time to snuggle and breastfeed a baby for too long during maternity like other mothers do since the desire to conquer the world has, for several years, proved to be irresistible.

A number of women athletes have taken some months off active athletics to give birth, and when they return, they storm to historic victories in global showpieces such as the World Championships in Eugene, Oregon in the United States and the upcoming Commonwealth Games in Birmingham, UK.

Amidst the joy that comes with motherhood, however, women athletes have silently but resiliently battled to regain form. Other athletes have been out of competition for such short periods of time that fans and some observers barely noticed their disappearance from active athletics.

But behind their dazzling shows in athletics competitions, women athletes face another epic battle of weight loss immediately after maternity leave.

Fitness experts say taking fatty foods during the time off active sports is the major cause for increased weight among women athletes and most of them return to rigorously painful gym work, in between normal training.

Just two days after finishing third at the inaugural edition of the Uhuru Classic Nairobi Marathon in May this year, former Boston Marathon winner Sharon Cherop was accorded a heroic welcome in Eldoret town.

A bigger number of her thrilled fans turned up to welcome the marathon star at her ‘Beauty Smiles’ cosmetics shop downtown, a majority of them women who praised her for a surprising show in Nairobi barely four months after her return from maternity.

People who didn’t know Cherop could be mistaken to think that she had a break from athletics, but the marathoner had, within three months shed off a massive 20kgs of superfluous weight she gained before and after giving birth to her twin boys late last year.

The 2020 Lagos Marathon champion hit 68kg during maternity and by the time she was competing at the Uhuru Classic Nairobi Marathon, she was weighing 48kg.

After giving birth to their babies, they make brilliant returns to the tracks and roads, having regained their athletic figures, after months out of competition.

A big number of them keep low profiles during, before and after childbirth, perhaps because of cultural beliefs and taboos that make pregnancy a secret affair. How women athletes battle to lose the superfluous weight gained during their maternity remains puzzling. Athletes attribute it to a strong will, rigorous training and sacrifices such as spending time on the tracks and roads.

“I gained a lot of weight and worked very hard on it. I started from 66kg and I am now at 44kg. I had to eat well (during maternity), not thinking about my weight so that I gain as much energy as possible to train harder in order to reduce my weight.

“I had to prepare for the fight to reduce my weight by eating like I was not an athlete,” explains Cherop.

She continues: “First, you live as if you are no longer an athlete and concentrate with your kids first.”

On food and diet during maternity, Cherop says some women athletes become cautious because they don’t want to add more weight. “They fear that it will take them more time to lose weight after maternity.”

The country’s 1500m queen Faith Chepngetich Kipyegon, who gave birth to her daughter in 2018, said at the time that return to athletics after months of motherhood was the trickiest part of the sport for women.

Before maternity, Kipyegon’s weight averaged 45kg and by the time she was returning to training a year after giving birth, her weight had shot up to 63kg.

The two-time Olympic champion said she was nervous about the weight gain, but after advice from her coach and management, she decided to take her return to athletics one step at a time, and not under pressure. When she started training, Kipyegon said she ate chapati and potato chips, and still managed to shed off the extra weight.

“It was not easy. I thank my coach (Patrick Sang) who simply asked me to take my time in the journey of regaining form,” she said ahead of the 2019 Doha World Championships.

It was an uphill task for Hellen Obiri, who had to lose an enormous 22kg ahead of the 2018 Commonwealth Games in Gold Coast, Australia. Obiri’s weight had grown from an average of 48kg to 71kg and she had to burn a chunk of body fat to represent Kenya at the Commonwealth Games. She won the title, but noted that she worked rigorously to regain form.

“It was a difficult task for me because I had gained an extra 22kg while on maternity leave, and I made efforts to lose all those additional kilos,” she told the media during the games.

Former Paris marathon winner Betsy Saina, who made a return from maternity in May this year, describes the regaining of form after childbirth as a difficult journey. Like Cherop, she shed off a number of kilogrammes of body weight gained in one year; during her maternity break. She approximates a loss of over 15kg in just two months.

According to Saina, women athletes are met with criticism and discouragement from people who should support them in the weight loss journey.

Saina says she got support from her management, Mezzo Management Group and Asics, and sponsor in the weight loss battle and the journey in return to sports.

“Comeback after maternity can be a big challenge but listening to your body wins. I am super excited to finally feel my body responding and I will keep doing all the little things that I have been doing. Until then, I advise any woman who has been in my shoes not to listen to negative comments, listen to your body and take the baby steps, that’s how we win.

Eddah Jepkoech, a fitness expert at Trim Gym, Eldoret, says weight gain during pregnancy and after birth calls for a balance between a meticulous gym schedule and up-scaled training on the roads and track.

Jepkoech explains how she once helped an Eldoret-based woman athlete who ran a world marathon major while expecting and after childbirth. She had added a lot of weight.

“Returning a female athlete back to form is harder. However, they lose the weight gained during maternity more easily than their counterparts who add weight naturally,” Jepkoech told The Nairobian Sports. She prefers not to reveal the identity of her client.

Jepkoech said the athlete came to the gym and was worried that the weight gain would delay her return to active athletics.

The fitness expert says after four hours of aerostepping and machine toning daily, the marathoner regained form in a month and a few days.

“The fitness journey was so rigorous. It involves two hours, nonstop, of aerostepping. After the two hours, the athlete takes a break to change before returning for more exercises,” Jepkoech explains.

She attributes the weight gains to porridge enriched with fats, junk food comprising fries and sugary foods during the maternity period. “We advise those who come to us to shun the junk foods and reduce their sugar intake.” 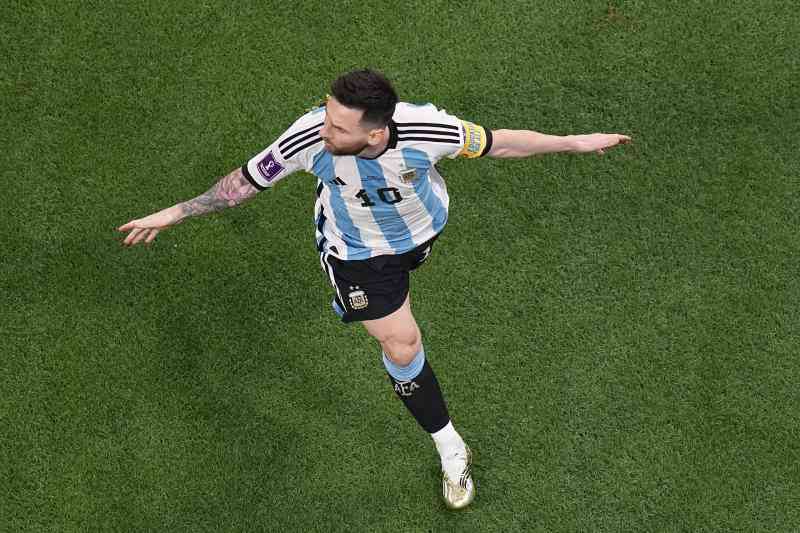 By Associated Press Dec. 2, 2022
Germany out of FIFA World Cup despite 4-2 win over Costa Rica 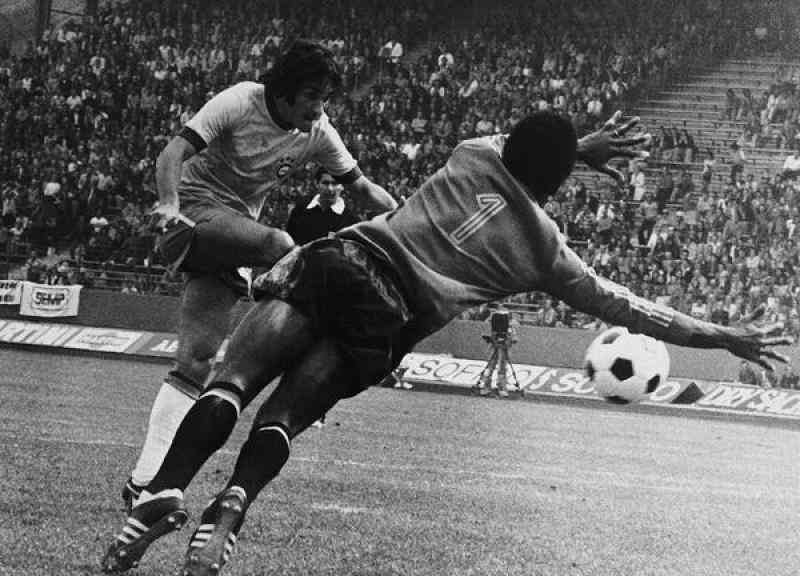