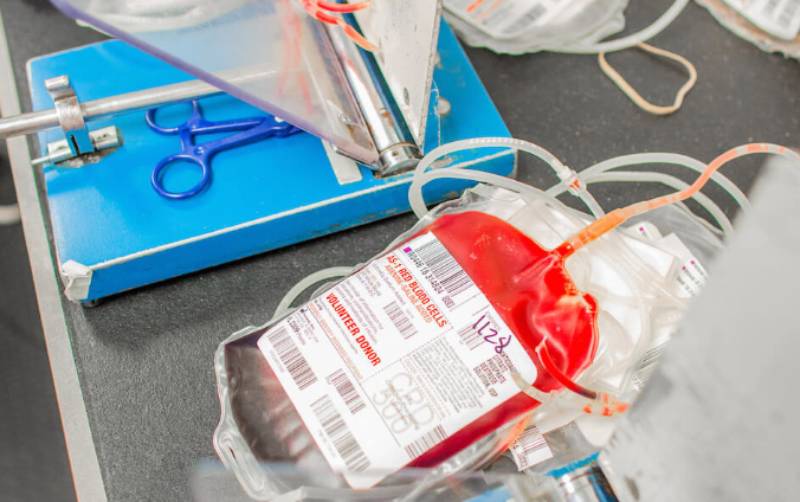 Blood type may play a key role in determining who contracts Covid-19 and how severe the illness becomes, according to a recent report published in the New England Journal of Medicine (NEJM). Researchers studied 1,610 Covid-19 positive patients with respiratory failure. “Our genetic data confirm that blood group O is associated with a risk of acquiring Covid-19 that was lower than that in non-O blood groups, whereas blood group A was associated with a higher risk than non-A blood groups,” researchers concluded.

Study participants were spread throughout seven hospitals in the Italian and Spanish epicenters of the pandemic and each were defined as having “severe” respiratory disease; those patients were compared to approximately 2,000 healthy individuals. Based on the early data and despite the relatively small sample size, the study corroborates other reports, including one from Wuhan, China, where the SARS-CoV-2 virus outbreak originated. Yet inherent limitations of the NEJM study mean it’s too soon to definitively link blood type to Covid-19 outcomes. “I do believe there is likely a connection, and the question is: What does this word ‘outcome’ mean?” said Ang Li, M.D., an assistant professor of hematology and oncology at Baylor College of Medicine. “The cases are not a study of all COVID patients versus all non-COVID patients, and it’s not a study of all severe COVID patients versus all non-severe COVID patients. It’s comparing the severe COVID patients versus everyone else without COVID. So, it’s hard to know if it’s an increased susceptibility to infection or a severity question.” Still, Li said, the data suggests that a connection may exist. If it holds, he said, the conclusion would follow results from a 2005 study published in JAMA (the Journal of the American Medical Association) examining SARS-CoV-1—the “original” SARS virus that created an outbreak in 2003. That study also found an association between ABO blood groups and disease susceptibility, with individuals with Type O less susceptible to that virus, as well.

Scientists do not know exactly why blood type could influence a person’s susceptibility to these viruses, but authors of the NEJM paper suggest that variations in biologic mechanisms in ABO blood groups may play a role, specifically in their immune response. “We have different antibody profiles based on our ABO blood type,” Li said. “Also, there are some theories about how some of these ABO genes, based on the protein they’re encoding, might affect some of the receptors where the virus binds and can alter how someone becomes more or less susceptible to the virus.” A person’s blood type is determined by the presence or absence of specific antigens—A and B—which are molecules on red blood cells that trigger an immune response. A person with Type A blood has the A antigen on red cells and a B antibody on their plasma; a person with Type B has the B antigen on red cells and A antibodies on their plasma. Individuals with Type AB have both A and B antigens on their red cells, but neither on their plasma, and those with Type O have neither A nor B antigens on their red cells, but both antibodies are present on their plasma. One theory is that because the immune systems of people with Type O blood already have antibodies for both A and B, their bodies are more equipped to identify foreign proteins—including those on the surface of viruses.

“There are potentially some changes in the immunogenicity in the human host based on the ABO typing,” Li said. Some of the conditions observed in Covid-19 patients—including blood clots, strokes and thromboembolisms—may also vary in severity based on blood type, adding another possible explanation, Li added. “In the ABO blood group, there is evidence that there is increased susceptibility in Type A versus Type O for increased risk for venous thromboembolism, such as pulmonary embolism and deep vein thrombosis,” Li said. “That … has been confirmed in multiple different studies.” In addition to finding a potential link between blood type and Covid-19 severity, authors of the NEJM paper detected a cluster of six genes with potential relation to Covid-19 severity, as well. The authors reiterated that further study was necessary for both connections, writing that the “pragmatic aspects leading to the feasibility of this massive undertaking in a very short period of time during the extreme clinical circumstances of the pandemic imposed limitations that will be important to explore in follow-up studies.”

Seven die in fire at Covid-19 hotel facility in India