By Robert Abong’o | 1mo ago

The world has taken a break from the beautiful game. Players, managers and fans around the world can now reflect on the football season just ended, hoping for a better one come July.

After a gruelling 2021/22 season, reflection requires peace of mind, which could explain why top football personalities around the world travelled to Africa to spend the summer holidays.

For some, Africa is their birthplace while for others, the continent represents the origins of man, their ancestors whom they seek to connect with.

Standard Sports takes a look at top football personalities who have enjoyed quality time with their loved ones across several cities in Africa.

At the start of June, Paris Saint Germain (PSG) striker Mauro Icardi visited the Giraffe Manor on the outskirts of Nairobi, in the company of his partner Wanda Nara.

"Today we were able to enjoy another beautiful story among animals, a story in which this "mansion" called Giraffe Manor hides from the 70s and 80s, when the Rothschild Giraffe was in danger of extinction in Kenya, with only a few hundred specimens. In this "mansion" they did everything possible to live with them and make the giraffes feel in their habitat and thus be able to satisfy all their needs and help this species to multiply more and more," read Icardi’s post.

Icardi and his wife last year visited Tanzania's Serengeti Nation Park and had already been to Rwanda to see Silverbacks Gorillas days before the Kenyan visit.

In the company of his wife Isabel Collado, PSG midfielder Ander Herrera made visits to Zanzibar and Tanzania between June 8 and 11. The couple had the privilege of touring the Serengeti National Park and the Ngongoro Crater in northern Tanzania.

Going by Herrera’s Instagram posts, the couple looked to have a good time observing and taking pictures of giraffes, birds, buffalos, lions, zebras and antelopes in the park.

As part of the Visit Rwanda campaign, Herrera’s PSG counterparts Sergio Ramos, Julian Draxler, Keylor Navas and Thilo Kehrer visited Rwanda on May 4. The four players were taken to the Akagera and Volcanoes national parks, with the ex-Madrid defender expressing delight and hinting they would return.

“We are delighted to have visited Rwanda which is a beautiful country. We got the opportunity to meet the majestic gorillas, and also visited other places. Hopefully, we will come back again,” said Ramos on his Instagram.

Thousands of supporters flocked the streets of Conakry to see the former Man United star, as he was driven around the capital city in a convoy. Pogba featured in a charity match and is rumoured to have met Guinean sports associations and government officials.

"We only want peace, respect and progress. We also want Africa to be like Europe, moving forward because we also have this wealth, we have a lot of love and joy. That’s why we also want to move forward. So peace, peace, peace is needed," said Pogba.

Depay, who is of Ghanaian descent, was welcomed by dancers at the airport, whom he immediately joined to showcase some of his dancing skills.

Depay’s father is Ghanaian. The football star was born to a Dutch mother in the city of Moordrecht, Netherlands. He came to Ghana seeking to connect to his roots and paid a courtesy call to Nana Addo Dankwah Akufo-Addo, Ghana's president.

He also met Ghanaian champions Asante Kotoko, before going to Kumasi to pay respect to Otumfour Osei Tutu II, an admired king of the Asante (Asantehene) Kingdom. It was revealed that Depay’s grandfather had a close relation to the king.

Chelsea’s German talisman Kai Havertz was among footballers that took his holiday celebrations to South Africa on Saturday, June 18.

Decorated coach Jose Mourinho, now at AS Roma was spotted in Namibia after guiding his side to their first-ever UEFA Europa Conference League trophy. The Special one arrived at the Hosea Kutako International Airport in Namibia on Monday, June 13 for a private holiday. The Roma boss stayed at the luxurious Habitas Namibia Sanctuary. 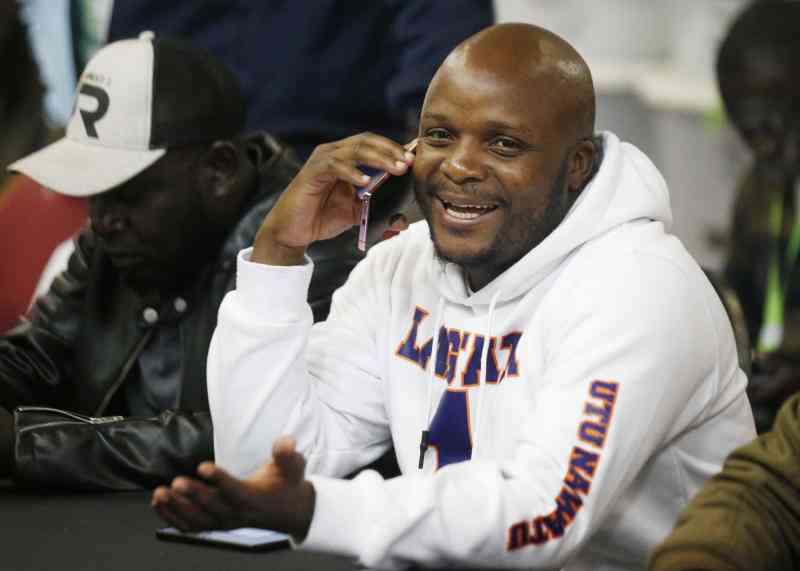