No, adolescents don’t account for half of new HIV infections in Kenya 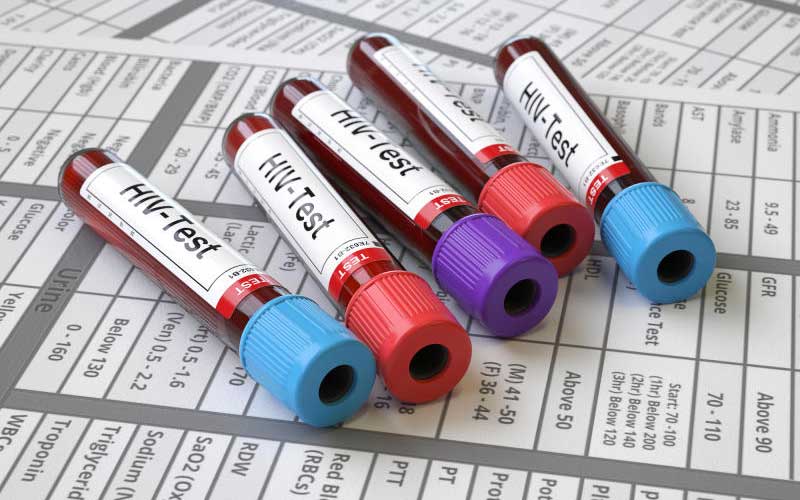 Claim: In Kenya, 49 per cent of new HIV infections occur among adolescents.

Verdict: New HIV infections in adolescents accounted for 16per cent, not 49per cent of the national total

Nearly half of new HIV infections in Kenya are among adolescents, a major drugmaker claimed during an international conference focused on the wellbeing of girls and young women.

“In Kenya, 49per cent of new #HIV infections occur among adolescents,” tweeted Johnson & Johnson, a sponsor of the June 2019 Women Deliver conference, held in Vancouver, Canada.

Is this claim accurate? We checked.

The statistic is a publicly available ‘estimate’

The claims were direct quotes from a session on maternal and child survival, Nicole Araujo, a Johnson & Johnson spokesperson, told Africa Check.

They were said by Dr Violet Oramisi of Kenya’s health ministry, Araujo said.

Oramisi is with the National AIDS and STI’s Control Programme (Nascop), a state agency tasked with the country’s response to HIV and Aids.

Oramisi told Africa Check that these were “our estimates and they are publicly available for your reference”. She added that the data was also in “recently released HIV estimates” from 2018.

New infections in adolescents much lower

Launched in November 2018, the Kenya HIV estimates report 2018 was prepared by the National Aids Control Council (NACC), another state agency involved in the national response to HIV and Aids.

It shows that in 2017 there were 8,177 new infections nationally among adolescents, who it classified as being aged between 10 and 19. New infections could have been as low as 2,400 or as high as 15,900. (Note: Estimates are given as a range to reflect the quality of underlying data and the assumptions made when calculating them.)

How are new infections counted?

“Modelled estimates are required because it is impossible to count the exact number of people living with HIV, people who are newly infected with HIV or people who have died from Aids-related illnesses in any country,” the UN agency said.

“Doing so would require regularly testing every person for HIV and investigating all deaths, which is logistically impossible and ethically problematic.”

In its most recent global data, UNAids also gave 53,000 as the total new HIV infections in Kenya in 2017. This data was collected by NACC, Dr Vernon Mochache told Africa Check. He is an HIV/Aids researcher with the Institute of Human Virology, a University of Maryland programme which works in Kenya and former head of research at NACC.

Where does 49 per cent statistic come from?

Dr Joshua Kimani is a senior researcher at the Sub Saharan African Network for TB/HIV Research Excellence, which is mainly located at the Nelson R. Mandela School of Medicine in South Africa’s University of KwaZulu-Natal.

He told Africa Check that the 49per cent figure could refer to a combination of both adolescents and young adults, known as young people. This was also echoed by the University of Maryland’s Mochache.

UNAids notes that the term “young people” is accepted by UN agencies to mean “persons between ages 10 and 24”.

Using this approach, we looked at the statistics from the estimates report.

What do the numbers show?

However, this approach includes the 15 to 19 age band twice, as there is an overlap between adolescents (ages 10 to 19) and young adults (ages 15 to 24). We asked Nascop for clarification on how they had come up with their figure.

In March 2018, Nascop issued a major report on how prepared health facilities in Kenya were to offer antiretroviral drugs to prevent HIV infection.

This report noted that “the country still experiences a large number of new infections estimated at 52,800 in 2017, 49per cent of which occurred among adolescents and young persons aged between 10 and 24 years.”

The statistic was attributed to a “Kenya HIV estimates report 2018”. The report of the same name was however only published seven months later, in October 2018.

A statistician with the NACC, Kipkoech Mutai, told Africa Check that the agency only generates data for 10 to 19 years and 15 to 24 years and not the 10 to 24 years bracket as claimed.

Franklyn Songok, who contributed to the Nascop report, told Africa Check that the 49per cent figure was indeed derived from totalling new infections for adolescents aged 10 to 19 and those of young adults aged 15 to 24. “That should not be the case. There is an overlap of [years] 15 to 19,” Songok said.

Oramisi is also listed as a contributor to this report.

Dr Charles Wheelan, an economist and statistician at Dartmouth College in New Hampshire, USA, who reviewed the figures, told Africa Check it was likely there had been double counting..

“As far as I can tell, they have double counted. I cannot think of another way to get to the 49per cent figure,” Wheelan told Africa Check.

In the absence of any data showing adolescent new infections higher than 16per cent of all new infections, we rate this claim as incorrect.

Despite this, adolescents are still at high risk. Kimani, from the Sub Saharan African Network for TB/HIV Research Excellence, said there are many reasons why adolescents and young women are particularly vulnerable to HIV infection.

“They feel indestructible… They don’t perceive themselves to be at risk and the problem is, in our setting in Kenya, there is intergenerational sex,” he said.

This meant they were having more sexual experiences, including with older people for economic reasons, and using protection inconsistently.