Is this image from Elgeyo Marakwet County? 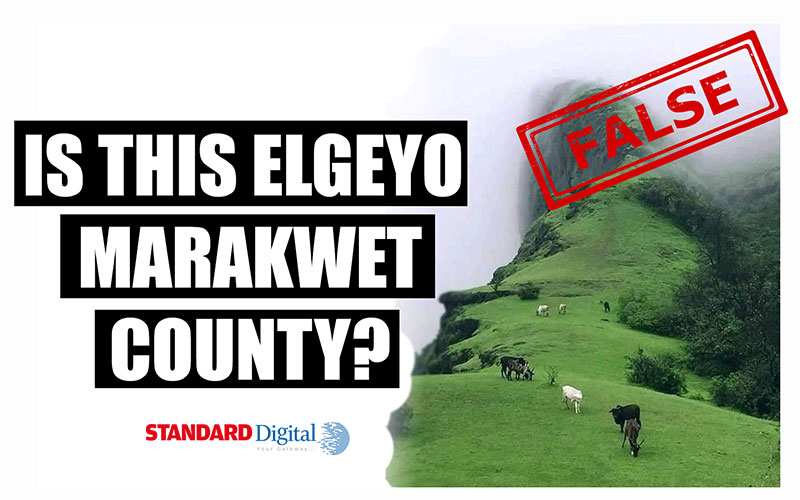 Numerous social media posts have this week shared a photograph purporting that it is from Elgeyo Marakwet County, Kenya.

The image is of a lush green mountainous area with eight cows grazing in what appears to be a cliff.

The weather looks chilly and fog can be seen towards the far end of the picture. It speaks of an area that receives adequate rainfall from its vegetation and pristine nature it exudes.

A twitter user named Chris Topher, claimed the picture was taken on the morning of Sunday, November 24, 2019, near Samich Resort Ltd. In the tweet that widely recirculated, Chris described it as beautiful scenery and sight to behold.

“This is not Europe, but beautiful Kenya in Elgeyo Marakwet where Senator Kipchumba Murkomen comes from. @BrandKenya @TembeaKenyaExpo @tunajibu indeed we are blessed as Kenya. Let us encourage local tourism and support our own. #proudlykenyan @Min_TourismKE #SaturdayThoughts,” Linda Chepkwony said in her tweet that since been deleted. 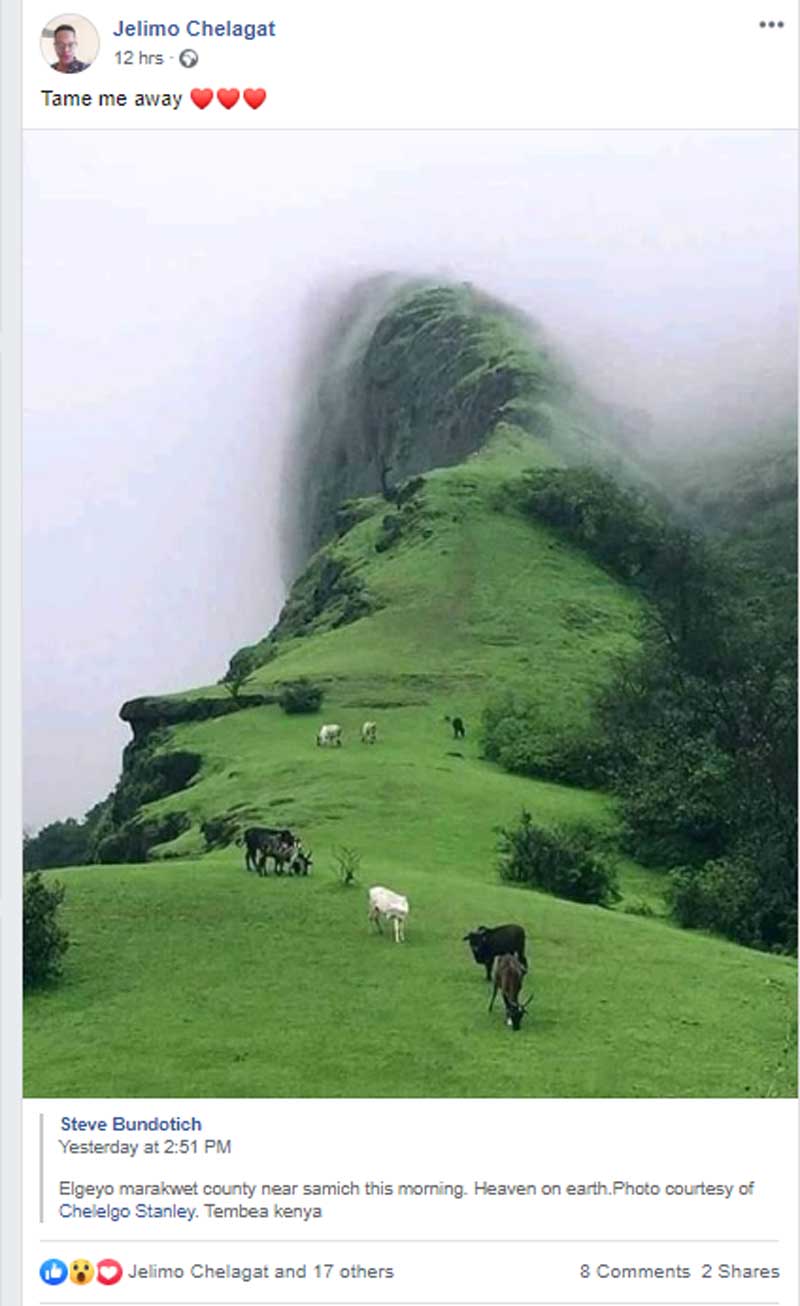 Their claim is false; the photograph actually is from Duke's Nose Point, Lonavala, Maharashtra, India.

Duke's Nose sits on a high altitude and is popular for thrilling activities like trekking, hiking, rock climbing, and valley-crossing.

It is named after the Duke of Wellington, attributable to its similarity to the nose of Duke in a leaning back position. The bluff is pointed like a snake’s hood and thus the name Nagphani.

When we ran a Google reverse image search to try to find the original source of the photograph, we found that it was not captured today as misleadingly claimed.

The image was first posted to the internet in late-2017 --the earliest being on Instagram by a user with the handle (@lakir__).

We corroborated the fact that the image is from Duke’s Nose Point with dozens of images shared by travel enthusiasts who have visited the precipice.

Britain's richest man Sir Jim Ratcliffe has explained why he won't buy Manchester United , the club he grew up supporting.

Why Linda Kiome took charge of LSK before expiry of Havi’s term
;
Feedback