Explainer: What next for BBI after launch?

After a month’s delay, the much-awaited report of the Building Bridges Initiative (BBI) was yesterday launched with the hope it will herald a new Kenya that is free of divisive political hostilities.

The report, a product of a 14 member task-force, was launched before over 5000 delegates at the Bomas of Kenya, Nairobi.

President Uhuru Kenyatta described the initiative as a new chapter in the history of Kenya, saying the document sets the ground for unity, political tolerance and inclusivity.

How did we get here?

The Building Bridges Initiative (BBI) team was formed in the aftermath of the disputed 2017 General Election.

It was constituted after the March 9, 2018 handshake between Uhuru and de facto opposition leader Raila Odinga of the Orange Democratic Movement, promising recommendations that would foster unity and help to end negative ethnicity, political antagonism, corruption and other social woes that bedevil Kenya.

Under a nine-point agenda, the team set out to gather views from Kenyans in all the 47 counties and finally drafted the final document launched on Wednesday.

Political pundits argue its biggest highlight is the proposal on the structure of the Executive. It has recommended that the president and prime minister share power in a new political dispensation.

In the report, the president is the Head of State and Government and Commander-in-Chief, while the appointee PM supervises the execution of day-to-day government affairs.

Kenyans will have about a month to read and make an informed opinion about the 156-page document.

President Uhuru Kenyatta scolded him, urging Kenyans not to leave the responsibility of reading the game-changing document to politicians.

“I appeal to the political class, please do not divide Kenyans. They don’t deserve it. They are mature people… Allow people to also read and give their views,” Uhuru said.

His sentiments were echoed by Musalia Mudavadi who called on sober and inclusive debates.

“Let us interrogate the document. I don't want someone to read the document for me. I want to read it myself. I hope every Kenyan will today rise up to the occasion and say I am making a decision today because I have read the document and not because Musalia Mudavadi has read it for me,” the Amani National Coalition party boss said.

Once they have read the document, Kenyans will give further recommendations they want included in the report.

It is still unclear how those views will be collected and harmonised but according to the BBI report, Uhuru and Raila Odinga will roll out a programme that shall establish an office and retain a retinue of advisors to assist in the implementation.

“Ambassador Martin Kimani and Paul Mwangi have been mandated to oversee the establishment of this programme. An official launch shall be held soon,” a joint communiqué signed by both Uhuru and Raila annexed to the report read.

Also, Raila yesterday said a team of experts will give a way forward on the proposals made by Kenyans.

Referendum or no referendum?

In its conclusion of the report, the BBI team calls for effective Technical Committees to turn their recommendations into the legal, policy and administrative measures required for implementation.

“An implementation team in the Presidency, reporting directly to the President, should then be formed to quickly put these measures into effect in the next 18 months,” the team notes.

It is this committee that will condense the document after including the new proposals by Kenyans into a legal document.

They will have two options of making the proposals become law; parliamentary initiative or popular initiative as dictated by Article 255 of the Constitution.

Parliamentary imitative: The committee uses the proposals to create a Bill and submits it to Parliament for approval.

Outlined in Article 256 of the Constitution, the Bill will only sail through when ‘each House of Parliament has passed the Bill, in both its second and third readings, by not less than two-thirds of all the members of that House’.

Parliament shall then publicise the Bill and facilitate public discussion about it. The Speakers of both the Houses will jointly submit it to the President for assent and gazette it within 30 days of it being enacted.

If the resultant BBI Bill will have changed any part of the Constitution relating to the supremacy of this Constitution; the territory of Kenya; the sovereignty of the people; the national values and principles of governance referred to in Article 10 (2) (a) to (d); the Bill of Rights; the term of office of the President; the independence of the Judiciary and the commissions and independent offices to which Chapter Fifteen applies; the functions of Parliament; the objects, principles and structure of devolved government; or the provisions of Chapter 255, then a referendum will be inevitable.

“The President shall, before assenting to the Bill, request the Independent Electoral and Boundaries Commission to conduct, within ninety days, a national referendum for approval of the Bill,” the Constitution in chapter 256 (5) reads.

Popular initiative: Seen as the more tedious of the two ways to change the law, the BBI committee will have to collect signatures of at least one million registered voters.

They will then take the Bill and signatures to the Independent Electoral and Boundaries Commission for verification.

“”If the Independent Electoral and Boundaries Commission is satisfied that the initiative meets the requirements of this Article, the Commission shall submit the draft Bill to each county assembly for consideration within three months after the date it was submitted by the Commission,” the Constitution in Article 257 (5) says.

If passed by the Assemblies, it will be introduced to both the Houses for approval. If either of the House shoots it down, a referendum has to be called.

So, as things stand, the BBI is just a journey that has started and will start taking shape once it is publicly debated from January.

You can read the full BBI report HERE.

Why civilization is all about mindset change

Apart from not being able to use the “fork and knife,” I have lots of stories of my past experiences, finding myself in situations most people would consider “n 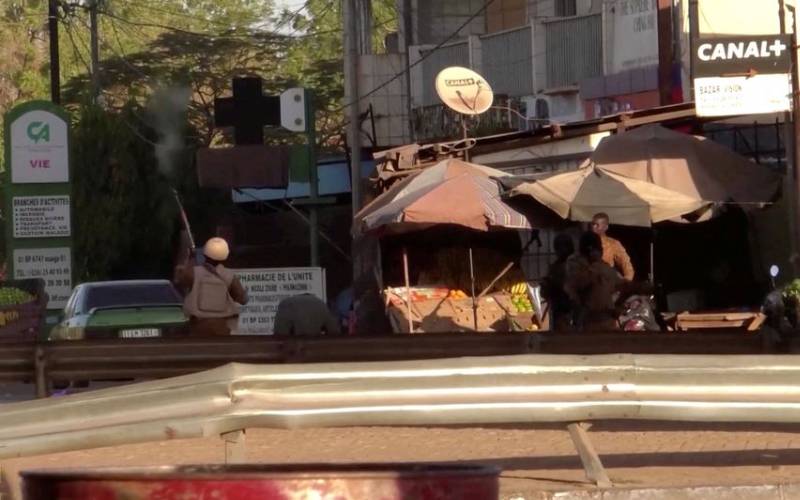