Do you know your breasts? 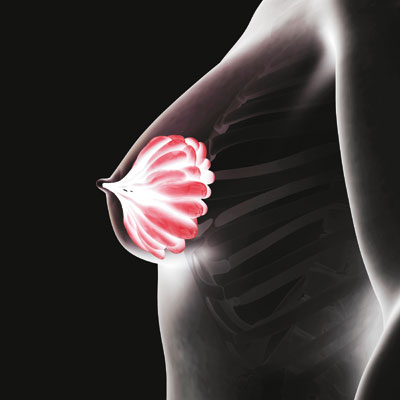 When Catherine Ngaracu decided to seek medical services for a lump she had discovered on her breast in January 2004, she had been living with the lump for three years. She had spotted it one time, maybe worried a little about it, but hoped that it was not what she was thinking: Breast cancer. It is an all too familiar rollercoaster. “It’s like you know it’s there, but don’t really want to know it is there,” she says demurely.

ALSO READ: How women can take control of their reproductive health during the COVID-19 lockdown

From the first time she encountered the tiny lump, her reaction was perhaps a familiar one. That with time, the lump would slowly ebb out and “leave me healthy and as fit as fiddle.” Then one day  — months later — she woke up and the tiny lump was still stark on her face, right where she had been seeing it. Catherine knew something was cooking inside the tiny lump and it was better she found out, rather than assume it would vanish with a single stroke of faith.

“I visited my doctor and sought for his evaluation as well as advice,” she says. “The doctor performed a procedure known as fine needle aspiration and took samples for testing.”

When the results were out, the reality of the tiny small lump finally hit home. Her fears were confirmed: She actually had breast cancer. As it turned out, after all, the tiny lump wasn’t so tiny. The ramifications it held were dire but there was no room for quick retraction. Catherine had to play by the rules having ignored the lump for three months.

“My doctor advised me to have mastectomy,” she laments her predicament. “After discussions with my husband and lots of background checking and crosschecking, I went through with the procedure. My husband supported me fully and I had already developed a knack ready to fight off the cancer.”

And yes, she went into surgery. When she woke up, her bust had changed immensely; change almost equal to a lifetime. She came to the realisation that she had to let go of the breast for the sake of her health and survival.

But it didn’t end there. She had to sit in for several rounds of radiotherapy and chemotherapy treatment. She lost her hair and though she consoled herself by appreciating the fact that saloon would have to wait until it scuppered some coins off her purse, she had been praying for a different reality. It was a tempestuous moment but one that she confronted with resilience.

Her story seems unique, but it’s a compendium that, for many, takes a twisted turn to an abyss of sorrow, pain…and yes, death. Some don’t live to tell their story.

In Kenya today, breast cancer, together with her uncanny twin cervical cancer, are the leading causes of death among women. “Cancer is a silent killer. When it is setting in, you won’t have a clue and the signs may be so subtle that if you don’t have a sharp antennae you might let it entrench into vital tissues and organs,” admonishes Dr Masha Rose, a medical officer with Mater Hospital.

In her practice, she has handled several patients with breast cancer and admits that the news, for many, come as an absolute shocker. However, the monster that is breast cancer can be tamed if detected early enough. Dr Masha says that with simple basic techniques, many lives (and breasts) can be saved before the rhapsody changes into gothic tune.

It’s a chilling experience whenever Dr Masha has to confirm to a patient that they are indeed harbouring malignancies in their breasts. Some dangle at an edge of delirium, confusion, or sink into denial.

Such was one woman’s fate. Katheke Mbithi remembers spinning through a centrifuge of anger, denial, pain, frigid thoughts, emotional upheavals and imaginations. She narrates: “It had never occurred to me that at my pre-menopausal age I could suffer from breast cancer. I had a two-year-old at the time, and I was pregnant with my second child. My world was literally caving in on me and all manner of thoughts cruised through my mind.”

ALSO READ: More women out of jobs as coronavirus pushes unemployment to 4 million

She too, like Catherine, became aware of a growing lump early but acted a while later. “The first time I detected the small lump, I was three months pregnant with my daughter. It wasn’t a cause for worry for me because I thought the female body experiences such changes through pregnancy. However, five and a half months later, the lump was still growing and I realised it was not a usual lump.”

On her next visit to the doctor, preliminary analysis and tests confirmed the likelihood of malignant cells. Since she was gravid well into her second trimester, she opted to take a biopsy after the pregnancy term. The biopsy proved beyond doubt that she had breast cancer. At the time, the breast was visibly bigger than the other as her oestrogen filled body proved too conducive for the renegade cells.

Treatment required that she doesn’t breastfeed her newborn. That alone brought extreme anguish to her as she had to forfeit the one role nature bestowed to her for purposes of bonding with her offspring. Though healthy and lively, her daughter never got to experience the sweetness of her mother’s breast milk.

Both Catherine and Katheke are survivors of breast cancer. However, the scars on their chests will always be with them; an ingenuous reminder that something is missing. They are now healthy and cancer free, but would never feign health if a pimple were to shove up at the wrong place.

“Don’t ignore that tiny pimple or painless lump. It might be the beginning of something terrible,” is Dr Masha’s advice.

Not a girl only affair

Breast cancer is effectively a disease that affects women. Only between one and two per cent of men suffer from it compared to 85 per cent women.

The ailment does not segregate on the basis of age. It affects women and girls in similar fashion.  Katheke is not the only woman to have mistaken the probability of being affected by breast cancer. Others too, like Lucky Ndanu, found out the hard way that oestrogen is all it takes to mark you as a prime target for breast cancer.

Lucky wasn’t so lucky. Her infected breast was removed too, as soon as doctors confirmed Burkital carcinoma at the Kenya Medical Research Institute laboratories. The disease had set in right at the time her youth was off the launch pad, pushing her into an emotional pendulum. When it was over though, she learnt to live healthily, taking drugs recommended by her doctors as she came to terms with what had happened.

According to Dr Masha, there are four stages of breast cancer development: “At the first stage, early detection carries a survival rate of 95 per cent. Breast can be saved too, but as the cancer progresses to stage two, mastectomy becomes an increasingly prudent option. However, stage three is a game changer as even performing mastectomy becomes useless. The cancer will have spread to several other parts of the body.”

The last stage, adds Dr Masha, is all about hope and faith. By the time the cancer is reaching stage four, it’s all but a lose speeding train past tamable speed limit, and is headed for the unknown.

The medic affirms that breast cancer is treatable and preventable if detected early enough. Despite campaigns and an outpour of free breast cancer information, many women have taken cover under ignorance.

“Every woman is advised to perform breast self-examination ten days after every menstruation,” advises Dr Masha. “Any aberration — away from the normal smooth skin covering the breast should be considered a serious case and reported at a hospital soonest possible.”

The message: It may be a pimple, or a mundane itchiness, but never dismiss it.

Men talk: The art of being irresistible to women

Making a career switch: The why’s and how’s answered