How farmers in drought stricken areas of Murang'a are battling drought

Where has all the water gone? Sections of the River Tana, known upstream on the slopes of Mount Kenya where Kenya’s largest river originates as Thagana (collector in Kikuyu) has been reduced to bare rocks or streams too weak to sweep away sitting frogs.

The water, so reckon the locals currently experiencing a harsh drought, has been pulled by the sun to the heavens where it has taken too long to return.

“I have not seen Thagana in this state since the devastating drought of 2015,” states Kibachio Gitau, Chairman of the 14 year old Thathawa Water Project that apart from providing the community with water, is supporting a nascent irrigation scheme that is breathing life into the local economy. The project traverses Thangathi, Thanju and Wahuko villages in Kiharu Division of Murang’a County, hence the acronym Thathawa.

Gitau says the project started as a community initiative in 2005 to alleviate a people’s suffering. “We had burnt charcoal to the last mature tree standing and scooped sand to environmental destruction to survive. With trees gone, rainfall dwindled to levels that could hardly support crops and fodder for livestock. Riverbeds bereft of sand layers presupposed crippling floods during the rains. We became desperate recipients famine relief food before the idea of a water project came to our salvation,” recounts Gitau.

“We began by pooling up our meagre financial resources before reaching out for donations and sh24 milion later, 90 out of the 350 targeted families are already water sufficient and 150 acres of land are under irrigation,” he says.

“We are not going hungry any more even with the mighty Thagana (Sagana River) in its current state. We are using sand bags to direct streams of water to our intake,” he says.

Gitau says previously thirsty and un-arable land has been transformed into a food basket, thanks to irrigation, enabled by the water project with some of the farms located eight kilometres away from the intake.

He says the crops grown include tomatoes, capsicum, water melons, rice, maize and others that previously were a preserve of farmers at the banks of the river.

“People who in the past had to rely on famine relief are now growing food and cash crops that have given them an economic jerk, tangibly evidenced by the presence of decent houses in an area once dominated by mud shacks. They are comfortably educating their children with money accruing from irrigated farms.

One such farmer is father of two Joseph Mwaniki who since the advent of irrigation harvests about 14 bags of rice from a one acre farm.

“I make in excess of sh100, 000 per season after spending about sh5, 000 on seed, labour and insecticides. I hardly harvested three bags of maize from this farm using rain-fed agriculture before the coming of Thathawa water project and the irrigation scheme,” he says.

“We expect the project to cost sh28 million on completion after which it will have the capacity to serve 450 households and irrigate more land,” says Mr Gitau.

Apart from a monthly contribution of sh250 to the project, input  by benefitting families  include the digging of trenches to lay pipes, back filling and the provision of sand and ballast where needed. 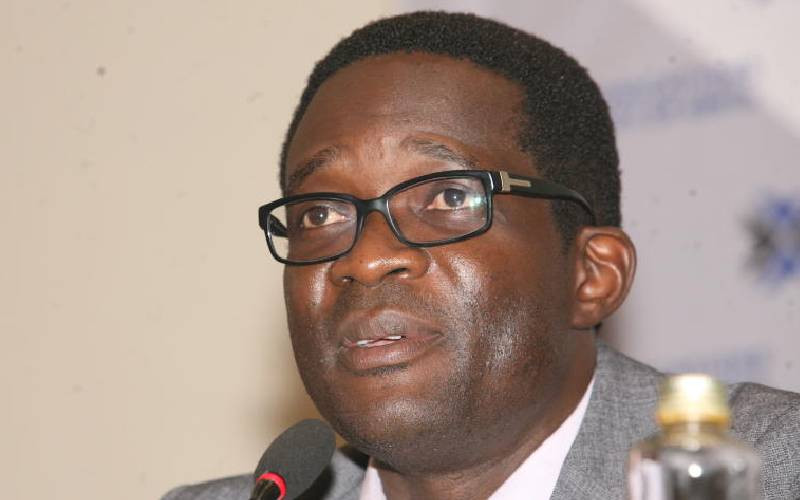 State to audit ICT systems' security in Northern Kenya
Communications Authority of Kenya (CA) has invited bids from prospective firms to undertake a security and risk assessment of infrastructure.
Business
By Frankline Sunday
45 minutes ago

Premium African-American who often bailed Jomo out of trouble
It was Bunche, a political scientist, who would offer to reconcile Kenyatta with other students, especially over the rights of research materials.
National
By Peter Muiruri
45 minutes ago