Fans have nicknamed her Cash. Here at Pulse we call her King Khali’s bankable half for Karimi Muriungi aka Cashy is rapper Khaligraph’s girlfriend.

That aside, when the Micasa Sucasa collabo was released, the talk around town centred on Cashy, this new hot and talented rapper in town whose chemistry with Khaligraph in the song was rather too evident.

Kenyans loved Cashy’s flow. That wasn’t all. Besides her voice, guys fell in love with her looks. Cashy is tall, elegant, has a beautiful face and the X-factor working for her.

In fact, many have been comparing Cashy with Victoria Kimani, the other gorgeous Kenyan music export who has an attitude that is bigger than life.

And talking about Victoria, the versatile star is one of the few artistes in Kenya who have embraced nearly all aspects of showbiz. The Booty Bounce and Prokoto singer matches her hard work and music releases with a lot of social media presence.

Quite stylish and bold, she has been compared with American superstar Nicki Minaj, with Victoria explaining that apart from the two having zero similarities, it does not bother her much. 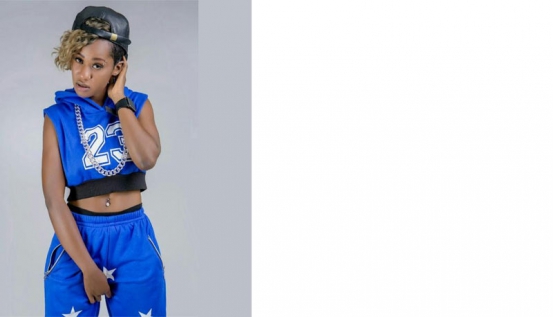 Whether is for her nude photos or her controversial sex talk, that after she confessed to Pulse that she can swing both ways, Noti Flow always get showbiz turned on. She can be dramatic like she got with Pendo on Nairobi Diaries and she is known to speak her mind and look the part without caring what people may think or see about her. And it is for her boldness, naughtiness and beauty that guys get thinking there is something...something they can explore around Noti Flow. 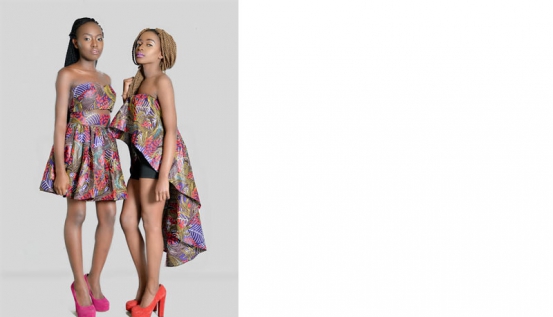 The two new girls in town Becky Sangolo and Carol Kamweru otherwise known as Band Beca are an irresistible duo. From being awesome vocalists to oozing sex appeal, these two leave all sorts of imaginations on men’s minds every-time they bring their wit on.

From the boy mock video Brathe, to Tonight and Toka, for the older generation this would be an equivalent of Destiny’s Child, the American girl group whose final and best-known line-up comprised Beyoncé Knowles, Kelly Rowland, and Michelle Williams. 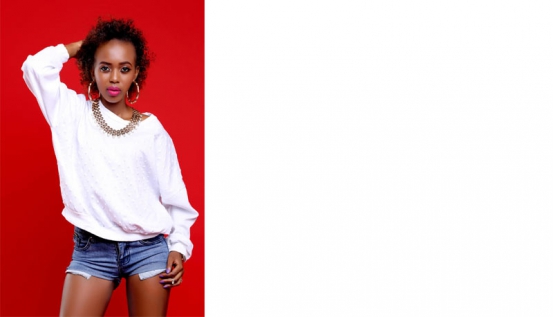 Since she released Rede, one of her hit tracks, back in 2015, Gin Ideal has been the female face of Grandpa Records.

She has a star look, a flattering demeanour and a baby look that always keeps guys guessing her age. Basically, she is that 18 year old look you feel like you would take on a first date.

Besides, Gin Ideal is a social happy soul who also keeps her private life to herself that keeping everyone guessing if she is really dating. She loves her heels and keeps with trends.

“Heels give a lady a better posture and also commands confidence,” she told Pulse. 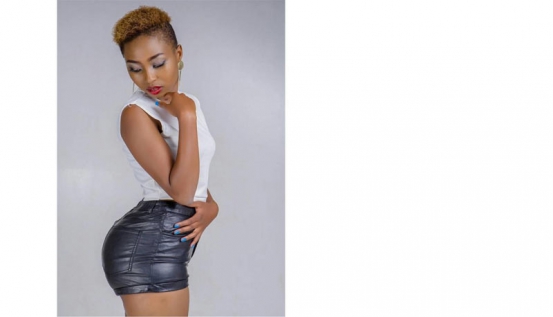 Whether it is her innocent smile, killer curves or, well, her chocolate beauty, there is something about this Charm singer that keeps all of us loving her.

Most of her songs among them Same Girl, A Woman in Love and My Dream expose her beauty and admirable sexy-cool. She is a talented star, one of the female singers to watch out for this year.

The other bit that makes many like Vivian is the fact that she keeps a mystery who she is dating and comes out looking like this adorable girl who is waiting for the right man to show up. Now, to her many admirers, that keeps everyone expecting to be that guy. And they keep knocking! 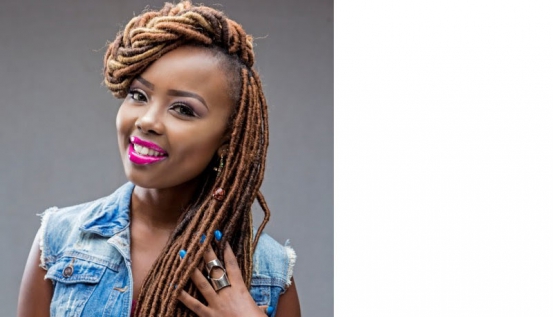 Ivlyn Mutua is an apostle’s daughter, one vocally endowed upcoming star who seems to be getting everything right. So when she released her Power video late last year, this young sister to dancehall singer Dafari Daf announced sibling rivalry, musically and reggae talking.

Those who know her from her earlier days as a full time worship leader at Nairobi Chapel knows that she is one beauty whose presence is almost impossible to resist. More power to Ivlyn! 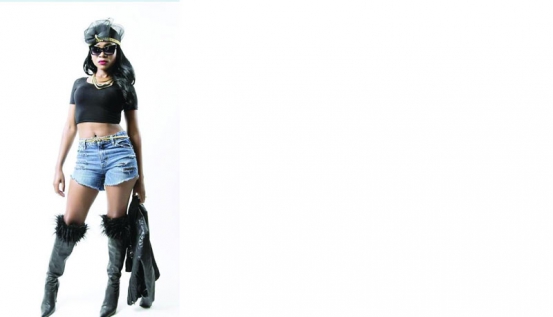 This talented musician who has a great fashion sense has fans talking about her looks more than they are about her great music; which is fine. She is an amazing rapper whose hits such as Sura ya Kazi and Kufunikwa have established her as one of the best female rappers in the county.

Sosuun happens to be rapper Kenrazy’s wife, but that has not stopped men from ogling. 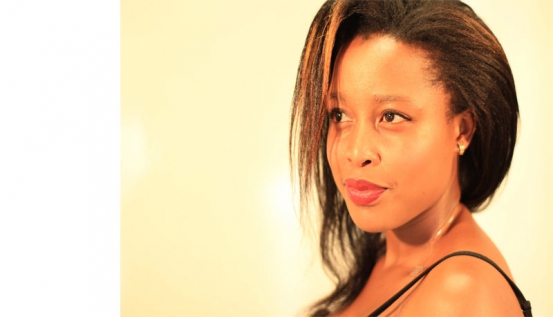 The upcoming artiste can easily pass for a model, an actress or brand ambassador for beauty products. Making her breakthrough after doing a rendition of Sauti Sol’s Nishike, the beautiful Rosa has a lot going on for her. On a night out, you will mostly find her in, “Vans, high-west jeans and a crop top.”

She knows her beauty strengths and her regular posts on her social media accounts are sometimes very sensual and provocative, with the comments section revealing ‘hungry’ men who can’t get enough of her. 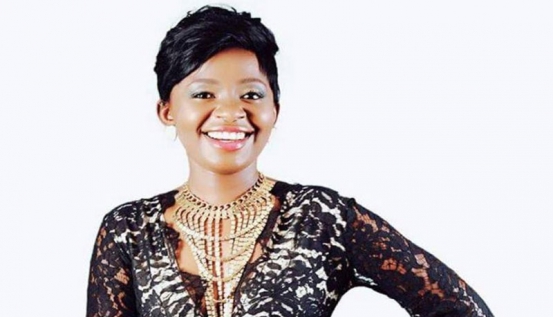 Noushka Diambu came into the public spotlight last year after she released the smash hit Mungu Wangu that was one of the best videos of the year, that even getting her a Pulse Music Video Awards (PMVAs) nomination.

She has a voice to die for and a lovely look. The thing about this Maliza Umaskini gospel star is that she is a good fashionista and is careful to keep the good look. The other day she left for France on a shopping spree for her upcoming video. Noushka is probably the hottest gospel newcomer in the county. 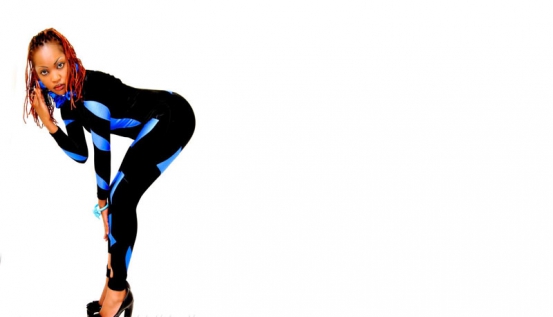 “I am an artiste and so I dress myself according to the image I want to portray at a given time. Some of the looks are just made for the stage while most of the photoshoots I do simply bring out my artiste’s personality,” she told Pulse during a previous interview.

The Crazy and Nataka singer too has her videos portraying her as sexy. Go to the Internet and you will see the hundreds of photos she’s uploaded, some that will leave you ogling. 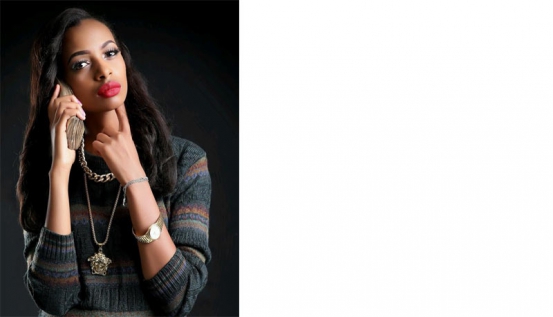 Forget all that beef talk that got her in the mix with a number of female rappers late last year, Njeri is actually a cool hot rapper. She knows her strengths; carves don’t lie.

Watching her last year’s Cheza video, Njeri leaves you glued and with all that twerk going on this girl will no doubt leave you asking for more. 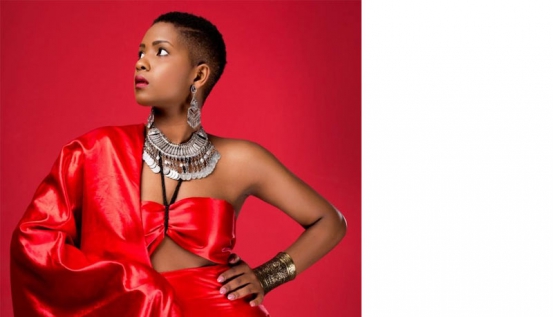 Her music career took off in 2015 with hits like Mpita Njia (featuring Juliana) and since, Alicios Theluji has never turned back. Alicios has since staged shows across the world and besides her good vocals, it is true that fans love Alicios for her X-factor. She comes out as the ideal African beauty you would take home to your mother. Enough said!

How to successfully become a second wife
Lifestyle
By Anne Muiruri
11h ago
What to do when you feel stuck in the wrong career
Lifestyle
By Tania Ngima
11h ago
Singer Kambua announces she is expectant
Showbiz
By Diana Anyango
Nov. 28, 2022
Wanavokali honours Les Wanyika legend
Showbiz
By Boniface Mithika
Nov. 28, 2022
Covid and passion for books brought me here
Features
By Jacqueline Mahugu
Nov. 28, 2022
.