We manoeuvre through the bewildering maze of narrow verandah alleys that make the base of the ancient coral stone and mangrove timber structures. Here in Lamu’s old town, every site bears an elaborately rich historical Swahili set-up. It is like taking a journey through time.

The dhows bring life to the usually quiet Indian Ocean Island destination; the donkeys hee-haw loudly and jarringly as if playing to an orchestra. And as the splendid sunset rays twinkle through the blue waters, the Islamic muezzin starts to recite.

It is called adhan, the call to prayer. This religious observation is part of the culture here like it is the spiced street foods that form the evening showcase when the town comes alive with old men sitting around in weaved mats engaging in storytelling over kahawa and mahamri and bao games.

A visit to Lamu is rejuvenating, exciting and refreshing. One of the prime attractions on Kenya’s coastline, the Unesco world heritage town proclaims a strong social and cultural heritage and rich history, a Swahili settlement bearing the history of Arabic, Persian, Indian and European footprints, some dating 700 years ago.

Do not expect shopping malls here and the usual social pollution of heavy traffic as well as social nightlife as is the case with Nairobi.

They have one street and the island has less than three vehicles, among them a tractor. Here, donkeys rule as culture keeps check the nightlife.

Yet, ironically, Lamu has over the years been experiencing a metamorphosis. The old town is getting encroached by illegal developers eating into the old set-up.

Even with the gazetted buffer zone that includes the Manda and Ras Kitau mangrove skyline as well as the Shela sand dunes, a new urban dawn has been threatening to silt this humble architectural fortress.

Nobody is talking about the Sultans and the Mazrui rebels. And now almost turning into an abandoned and dilapidated town, the monumental war defence base artefacts, the sleeping Lamu fort as well as the underutilised Lamu museum remain ensembles of a largely uncelebrated icon as time passes.

In his sole mission to salvage this dwindling cultural and historic Island, a Kenyan filmmaker has assembled a one-man army to recapture the town through film. The award-winning film producer and director Daudi Anguka, a native of the Kenyan Coast, has vowed to do whatever it takes to put Lamu back on the international tourism map.

After entertaining Kenyans with the long-running TV series Pete, Anguka has now gone back to Lamu with a mission. Now, he is gripping the world with his new telenovela Sanura, an emotional cultural and historical thriller that has become the talk of the region since it made its debut on Maisha Magic Plus about two-and-a-half months ago.

Using the rich Swahili cultural heritage drives the story of the picturesque Lamu island as well as the other underlying Pete, Shela, Manda and Kiwayuu that – together with 15 others - make the Lamu archipelago.

Anguka unveiled the charm offence through an electrifying cast that portrays an island struggling between its rich heritage and distended patriarchal society.

Capturing imaginations, Sanura revolves around a young charming lady caught up in a bitter conflict between the preservation of ancient traditions that are still so deep-rooted in her society and the liberated and independent woman she aspires to be. It takes the bravery, defiance and courage of a gorgeous 18-year-old Sanura (Ivy Wanjiku) who steps up to the epic main role in a riveting thriller.

Sanura weighs on the need to preserve culture and heritage in modern society. Father Nasora (Eddie Kimani) engages the teenage girl in a ruthless psychological and physical battle as he wrestles to rebuff her quest to marry her heartthrob, the fierce wrestling champion Dula.

“Sanura is based on the daily happenings that dictate the daily picture of Lamu culture. It is inspired by a true story of Sanura, a young Muslim beauty I met at a bank at the Coast five years ago who looked so adorable yet deep inside she was battling cultural wars from her family after getting divorced,” says Anguka as he opens up about his quest to use film to tell one of Kenya’s amazing stories.

He adds: “Sanura’s father has already taken dowry from a rich man, a business partner who happens to be the Sultan from Pate Island. On the other hand, Dula’s father and Sanura’s were once enemies and having fallen on this love spell, he is on a mission to marry her as revenge for his father who was killed in war.”

After winning the African Magic Viewers’ Choice Award for Best Indigenous Language Movie (Swahili) in 2017, Anguka embarked on his breakthrough television project, Pete, a Swahili telenovela that was filmed on yet another island on the Kenyan coast: Funzi Island.

It is a story about love, culture and a power struggle between two brothers who, each seek control of the island after their father dies. It carries elements of the superstitious mermaids, a tale the people from the Coast believe.

“Pete was a big production but Sanura is bigger, more detailed, different and very specific about the rich social and cultural truths about Lamu. When I came to Lamu scouting a place to shoot the project, the island gave me something different from what I had foreseen.

Mohammed Mwenje, the curator, of Lamu Museums Sites and Monuments cannot agree more. He says Lamu is one of the only two gazetted historical urban towns in Kenya, the other being Mombasa. He adds that Lamu is possibly the oldest urban centre in the country, a waterfront town that besides its historical architectural works is experiencing positive developments.

“Lamu has seen several rulers over time. First, it was an independent city competing with all the others. One of the most important things about this is the statehood status it had and this is what it used to compete for trade with visitors who arrived in East Africa before trade rivalry began. Then came the Oman people who solicited partnerships before seeking control before the British arrived to take colonial administration. These are wonderful historical stories that can be told through films like Sanura,” says Mwenje.

Describing the film as being narrated through a hypothetical society and expressed through Swahili traditions, Mwenje says the 21st Century Lamu features more liberal dissent as expressed in Sanura.

“Lamu is bigger than Zanzibar in terms of the social and cultural aspects and the two have similar historical wealth. We have more tourism space here in terms of the infrastructure and therefore using film, we can tell the world our real story of the people of Lamu, complete with the island’s amazing heritage,” he says.

The producer has lined up over five more productions that highlight the cultural aspects of the island, the next being based on Mekatilili Wa Menza, the Kenyan independent activist who led the Giriama people against the colonial administration of Kenya between 1912 and 1915.

“We must change the mindset that our film industry is small. We must also change the narrative that great stories come from the west. Our rich heritage and our storytelling culture are all we need to get there,” he says.

By Diana Anyango Nov. 25, 2022
Eric Omondi responds to Shakilla's claim that he used her
. 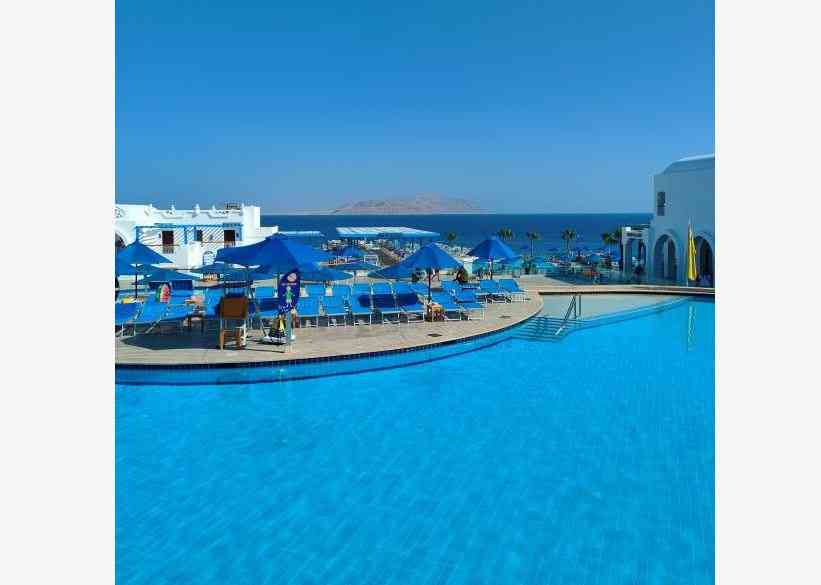 Sharm El Sheikh, sparkling Egyptian city in the desert
Lifestyle
By Gathenya Njaramba
11m ago
Things to consider when travelling with pets
Lifestyle
By Jayne Rose Gacheri
16m ago
What your favorite celebrities studied in university
Showbiz
By Boniface Mithika
19h ago
Movie Review: Will Smith-led 'Emancipation' is an action thriller
Arts And Culture
By AP
19h ago
Thee Pluto, Eve Mungai top in 2022 YouTube views
Showbiz
By Jacqueline Mahugu
22h ago
.