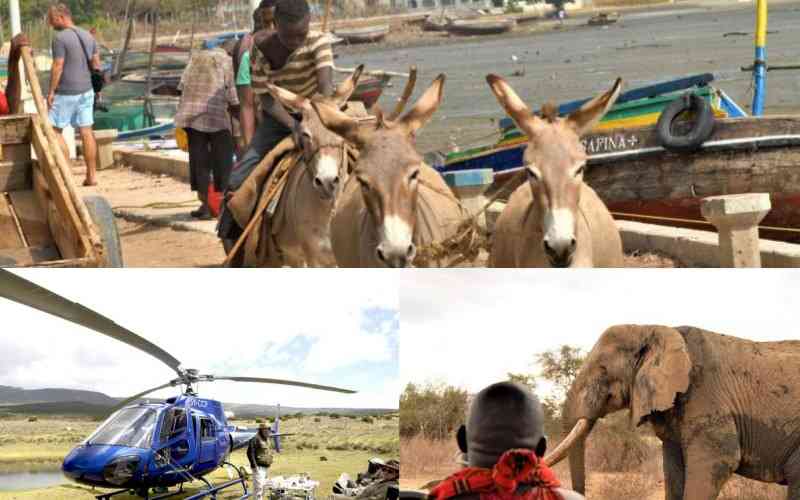 The event, to be held from October 5-7, has attracted 160 buyers, 225 exhibitors and trade partners from 30 countries.

Kenya Tourism Board chief executive Betty Radier stated that overwhelming interest in the expo forced organisers to open up accreditation for self-hosted buyers.

And in contrast to previous expos, the 12th edition will be held at the Bomas of Kenya instead of the traditional venue, Kenyatta International Convention Centre.

To give the event international acclaim, there will be 20 media personalities from across the world who, together with other guests, will sample some of Kenya’s renowned tourism hotspots before and after the expo.

In recent weeks, Magical Kenya has been running online promotional teasers of what awaits the visitors to the country.

As a start, visitors are urged to visit the Lamu archipelago, Kenya’s oldest inhabited settlement founded in 1370.

In Lamu, as they will find out, mobility is rather constrained unless they opt for the ancient-looking wind-powered dhows. The island has got only two cars, and one of them is an ambulance for the donkeys, Lamu’s revered beasts of burden. At last, a town with no traffic jams!

If they are adventurous enough, our guests can drive to Kituluni Hills just outside Machakos town where they will witness one of the world’s wonders. Here, water is said to defy gravity as it seems to flow uphill in the yet-to-be-explained phenomenon.

While at Kituluni, the visitors better be warned that vehicles here tend to accelerate faster than usual when going uphill. Why? That is the stuff of legends. In any case, this is Ukambani, where not everything can be explained logically.

If Kituluni Hills do not give them the right dose of adrenaline, then a trip to Iten, one of the country’s high-altitude training grounds will test their mettle as they see why Kenya is a world beater in matters athletic.

They will also learn a key fact about Iten: the 20-kilometre radius around the town has the largest concentration of track and field Olympic gold medalists in the world.

But what will be the highlights of these countrywide tours are the Key Signature Experiences, or specially curated itineraries by Magical Kenya that include some of the country’s most exclusive lodges, camps and conservation areas.

As part of the unique experiences, Big Cat Safaris is the tag given to the eco-friendly game drives by Gamewatchers Safaris. The safaris take you through a few of the 40 destinations in the world on the IUCN green list found in Kenya.

In Tsavo, southern Kenya lies Finch Hattons, a 5-Star boutique experience set on natural freshwater springs combining modern luxury with history. Surrounded by 35 acres of untouched Africa and magnificent views of Mt Kilimanjaro, the camp is named after Karen Blixen’s lover who perished in a plane in this region. For those who appreciate sweeping vistas of a wide, open Africa, the plains of Tsavo will offer the perfect visual feast.

Up north, Suguta Valley and its famed salt pans, lava flows and crocodile pools are the closest one gets to the Arabian deserts. The alluring dunes are framed by the imposing Mathews Ranges and the Ndotto mountains.

The wonders of Suguta are best observed from the air and Nanyuki-based Tropic Air has ruled the skies over this part of Kenya for ages. And rightly so since the founder, Jamie Roberts was born and brought up on the shores of Lake Baringo. The rugged beauty awakened the adventure bug in the young boy, culminating in a life-long love for nature.

In 1993, Jamie established Tropic Air, a direct invitation to other like-minded nature enthusiasts to sample the beauty that he so cherished. An experienced fixed wing and helicopter pilot, Jamie’s high-flying guests include Sir David Attenborough, the affable English naturalist whom he flew during the making of the BBC Africa series.

Through the outfit, a sundowner below the majestic peaks of Kirinyaga, God’s mountain is a once-in-a-lifetime feat.

Still in the north, spare the vehicle (or the chopper) and get down on a walking safari with camels as your close companions. Kirisia Walking Safaris offers guests the rare opportunity to trek through the expanses of northern Kenya, following in the footsteps of the early explorers.

As a present-day explorer, immerse yourself in the wild north, where land and sky meet while taking in the last rays of the setting sun. Here, in Laikipia’s high country, bandits once ruled, but tranquillity now reigns.

Time permitting, those attending the Magical Kenya Expo might as well make a date with destiny and plan for a trip to Masai Mara, where the last of the great herds still roam as they did millenniums ago.

They may also want to make a trip to Amboseli, the home of the world’s greatest tuskers, or swim with the dolphins and watch humpback whales breach along the waters of Watamu on Kenya’s north coast.

Should our guests manage to sample the vaunted beauty outlined here, the more they will discover that they have only touched the fringes of the country’s attractions. The words of Avicii will ring in their ears, … “hey brother, there is an endless road to rediscover.”