Adams Olwenya, brother to former Nairobi half-life actor Olwenya Maina, has denied reports that the thespian was an alcoholic.

Speaking during Olwenya's vigil service held on Thursday, July 15, 2022, at the Kenya National Theatre, Adams stated that the celebrated actor had no terminal illness and neither was he an alcoholic as many tabloids reported.

“My brother was not sick, second of all nobody killed him and he didn't die from drinking alcohol,” he said.

According to the postmortem results, Olwenya died as a result of a heart condition that blocked normal circulation of blood to his vital organs.

It is believed the condition, scientifically known as Hypertrophic cardiomyopathy, might have come about as a result of extreme fatigue that caused his heart to develop an abnormal growth blocking blood circulation.

“The only thing the doctor told us about his postmortem is that he had a heart disease. This came about maybe because he had extreme fatigue. His heart had overgrown, it seemed like it had a growth. This growth blocked his normal blood circulation,” added Adams.

On the day of his demise, the actor’s brother says he showed no signs of sickness and was able to walk back home from his usual errands only to collapse on arrival.

Adams believes because of Olwenya's condition, his heart rate increased after the long-distance walk but was unable to properly function to keep him alive.

“He walked back home to where he was that day without any problem and looked okay. His heart was pumping too much though and that is what caused him problems and he collapsed,” he added.

Olwenya’s family went on to warn tabloids against publishing false information about his death, explaining that their kin worked hard and was in perfect health up until his passing.

“All these other things people are insinuating about my brother, I just want to dismiss. My brother was not terminally ill. What he was suffering from had no symptoms that you'd say he noticed and tried to control,” he said.

The renowned actor passed away on Monday, July 4, 2022, after suddenly collapsing. Until his demise, Olwenya was famed for his acting role in Taliya (2021), Poacher (2018) and Nairobi Half Life (2012). He also worked as a voice-over artist at Radio Africa and was praised for his impeccable voice. 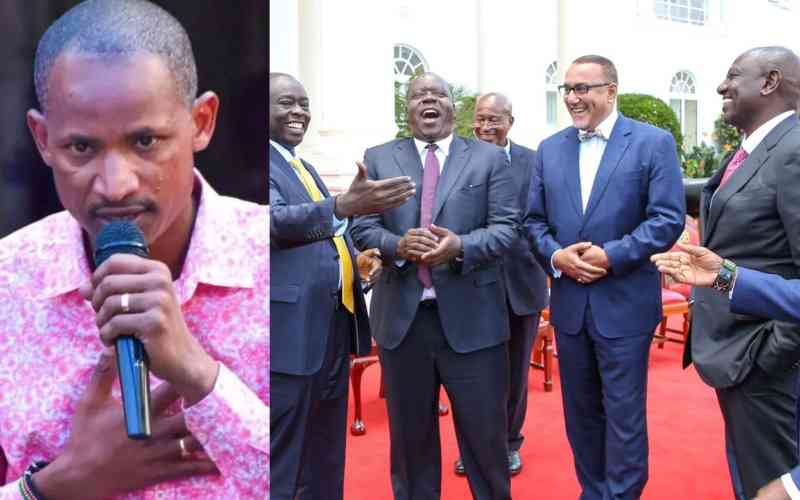