Akothee explains why her book is full of quotes

Esther Akoth Kokeyo, also known as Akothee, recently released her first book, Akothee Quotes, in a colourful book launch attended by the Who’s Who of Kenya, including Professor PLO Lumumba, Ezekiel Mutua, Betty Kyallo, Sandra Dacha, among others, with Dr Ofwoneke as the MC.

She looked regal in a red, showstopping gown (she would have killed it at the infamous Fenty launch). Her mother gave a moving speech praising her, and Akothee received the first official copy of the book.

Akothee, who commands a large following, with an impressive 3.2 million followers on Instagram told the Standard that when she wrote the book, she wanted something physical that would inspire her fans daily.

“I thought it would be good for me to have a copy for all my fans, so that they can have me physically, and they have something that they can just wake up in the morning and look up to,” she says.

On why she decided to write her first book in quote format, she says, “I call myself the queen of captions. The quotes are based on the lessons I have learned from the University of Life. What we see on a daily basis, and the way I have been able to tackle life,” she said.

Her favourite quote from it?

“The energy you use in running after a partner who is not interested in the life of his or her children is much more than the one you would use to recollect yourself.” 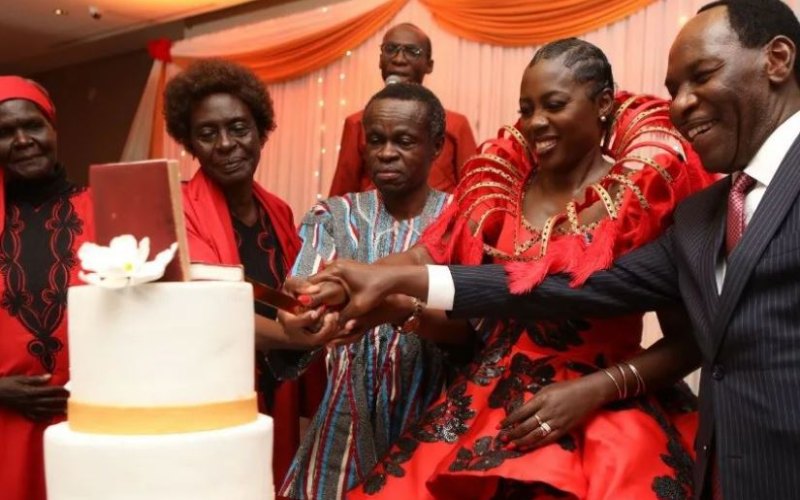 The singer, and now author, has been quite candid about her love life, making it a hot topic on social media. “I am full of love and that is why I think I’ve been the most unlucky in relationships because I love too much. When I love someone, I love them. Unless you really hurt me to the core, it doesn’t take many years for me to just forgive you and just get back. I was born a loving person,” she says.

Ever the go-getter, she also, at the same event, launched a new album, Sibour Madhako, after a seven-year hiatus. Sibuor Madhako, in Luo, basically means ‘Lioness’.

“Sibuor Madhako is who Akothee is. This is a courageous woman who will do what it takes. It doesn’t matter how long it’s going to take, but I’m going to do what I’m going to do whether the world is falling down or thunder comes,” she says.

It is also part of taking her brand to another level. “It is an album that will keep me in check because this is when I made a decision and said, ‘You know what? I’ve been refusing to take this title of role model but I think now I’m ready’,” she says. “Right now I’m 41, so you don’t expect me to be twerking in the pool at 41. I cannot be twerking and my kids are twerking also. Let me step up and leave akina Rue to do that,” she says.

The singer has also been having health challenges but says she is doing much better now and is grateful to those who are concerned about her wellbeing.

“I’ve recollected myself. I think I worked too much because I have a lot of work off social media. I’m feeling much better right now. Amidst my world tour I’ll be seeing my doctor, but everything is in place,” she says.

She is set to go on tour and will also be taking Meru artist Kamanu along with her for the Europe tour.

She is also working on another book, one about her life and says that only one small part of it is pending, and that is her graduation.

“I have been struggling to finalize my degree, being a busy, active mother. I keep on deferring. I want to read and understand what I am studying,” she says.

But for now, we need to read and focus on Akothee Quotes first. The book costs Ksh500 and there is a number you can call on her Instagram page to order it.

“Akothee Quotes is just one of those books that will uplift your spirit every morning when you wake up and open any page. The book is full of a lot of courage, a lot of empowerment, and some jokes. The book is for everyone, especially those who fear death,” she says.

“I want to let them know it is not death that a person should fear, but they should fear never stepping out to live. Death is not the biggest loss in life. The greatest loss is what dies inside us when we’re still alive. This book will make you resurrect from your death wherever you are, so you better grab a copy of it!