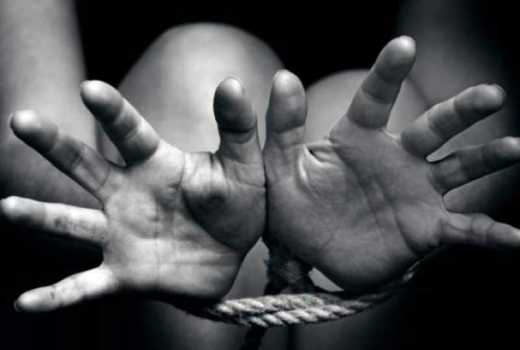 Ciku*** (not her real name ) began her arduous journey to an Al Shabaab camp hoping to find acceptance after false belief that her parents didn’t like her. The five foot four tall 19-year-old Form Four drop out regrets rebelling against her parents and courting death.

Her quest for attention from parents she thought treated her like a black sheep led her to a Facebook page “A place to belong” with images of physically fit women holding guns.

She was attracted by regular messages of self actualisation and liberation which represented what she thought she really needed to have. She sought power, respect and influence from her family, among her peers and the Facebook page promised that and more.

So began chatting with the group’s administrator Leila Abdullahi leading to a meeting in a café in Eastleigh, Nairobi.

“She had previously pointed out that I was one of the most active and zealous members of the group and she thought I could help in some group initiatives and utilize my potential through opportunities she would let me in on. She had a confident look to her eyes and her posture confirmed this. It gave me an eerie feeling of trust and I felt safe around this stranger I had only met minutes ago,” Ciku recalls.

In the near empty dimly lit café, Ciku recalls that Leila ordered a cup of coffee and a bottle of water for her guest before shortly excusing herself to go to the cloakroom. After taking a sip of water, Ciku says, she started sweating and feeling dizzy and decided to walk to the café’s backdoor that opened to a balcony to catch fresh air but started losing conscienceless.

She recalls waking up drenched in sweat in a hot and stuffy warehouse full of young naked girls. Ciku heard murmurs and giggles from a distance but could not tell where the voices where coming from.

“My attention was on the girls who were sobbing uncontrollably. Few minutes later, I heard a strange rumbling of metal, maybe from an old truck. Doors suddenly flew open as five young men stormed in speaking in a language I could not understand."

"Three of the men grabbed one of the ladies and shamelessly assaulted her sexually in turns. Right there…right in front of us. We were scared and we did not know who amongst us would be next… but we all had to go through the same, some more times than others. This would continue for days and they would storm in anytime of the day or night. I knew I could not stay here any longer. Days of starvation, assault and torture would follow; Leila was nowhere to be seen. I regretted the day I met her,” she recalls.

The guards at the warehouse would escort the girls out of the rusty godown once a week to wash clothes for the militants and cook food for them while those who had been in the camp for a longer period would be bundled in a different room to clean and oil guns. This was the “privileged” group, she would later be told.

Ciku made friends with 17-year-old Zuleka, a Kenyan, who would later tell her that their captors were possibly militia.

The guards escorted the captives 'home' as usual but at one time they started fighting over the girls.

“One night I remember waking up to grants as the men exchanged blows. They were quarreling and abusing each other while making derogatory remarks and at some point I recall hearing “Harakat al-Shabaab al-Mujahideen.” It was then that it occurred to me that I had been captured by the infamous militia group commonly known as Al-shabaab back home. I couldn’t understand how I ended up in an Al Shabaab camp in Somalia after the meeting with Leila,” she wonders.

The fight would continue for hours with heated arguments and gunshots could be heard as the militia pursued each other into the nearby thickets.

“I woke up to get a better view by peering through holed sheets. Limping over the sleeping girls I sneaked through the open doors and ran in the opposite direction for dear life. Through the many paths full of thicket and thorny plantations I finally reached a market full of ‘buibui’ clad women and men looking for a bus terminus in vain. The thought of being recaptured and sent back to the camp was scary.”

Just when she was about to despair, an old man who mistook her for a casual laborer locally referred to as ‘cabith’ tapped her on the shoulder and after greeting her in swahili directed her to a waiting truck.

She boarded the blue smoking track loaded with charcoal destined for Wajir after a stopover at a small town called Tarba where he thought she would be employed as a laborer.

"All this time tears spread across my face realizing that this shabbily dressed man was bound to be my blessing or curse. This we would know tens of hours later."

After a long torturous trip on bad roads, she finally reached Wajir where she was detained by security agents who contacted the family after debriefing her for several days.

And Leila, 17, gave birth at the rehabilitation centre in December, few months after escaping from Al Shabaab. She confesses to procuring more than one abortion while in captivity.

Accounts by returnees and security reports reveal that the terror groups’ camps are increasingly becoming torture camps for young girls who are forced into marriage and sexual slavery.

According to the female returnees, although the militants will only bear children with Somali women, there is a high demand for Kenyan women as wives among the Al-Shabaab because of their perceived ‘sexual appeal’ compared to their East African counterparts.

“The militants strongly believe that they have to preserve the Somali mujahedeen lineage” says a security source.

Kenyan women find their way to Somalia after recruitment by family members already in the group especially their brothers and their male cousins. Others are radicalised online out of defiance while most are recruited with promises of better paying jobs and greener pastures in Europe.

But regardless of how they join the terror groups, upon arrival they are all hit with the hard reality of their existence in the camps where they are just sex objects.

Tems, the sing star to beat
Showbiz
By Kirsten Kanja
12h ago
Karen Nyamu: Samidoh is an amazing father to our kids
News
By Vincent Kejitan
12h ago
East Africa's finest: One on one with Muthaka
Showbiz
By Boniface Mithika
13h ago
Michelle Ntalami's advice to Nairobians: Focus on making money, love can come later
News
By Standard Entertainment
14h ago
'Dr. Phil' talk show to end daytime TV run after 21 years
News
By AP
15h ago
.