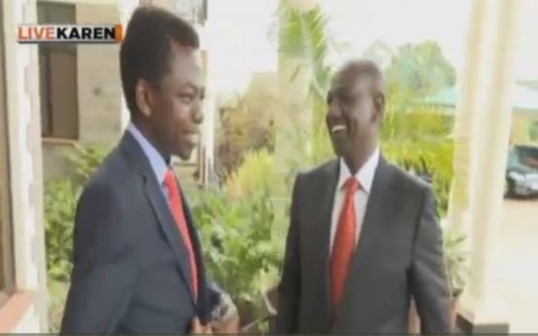 William Ruto is upbeat about the inauguration for Jubilee’s second term.

In pictures DP Ruto is seen adjusting the ties on his two sons as they prepare to head to the Moi International Stadium Kasarani.

Media had been allowed to his Karen home, where they witnessed his family’s preparation for the big day

His youngest son, now tall young man, walks up to him for achat before Ruto fixes his tie.

The DP-elect’s wife Rachel Ruto joins as helping the young man with his afro hair. 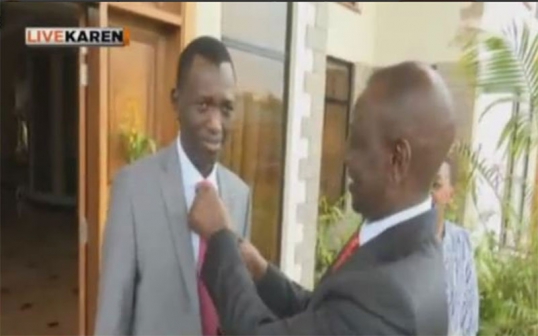 The young boy then tops up his look with stunners.

Earlier, William Ruto had been chatting with young last born girl baby Nadia who’s been on his side throughout. 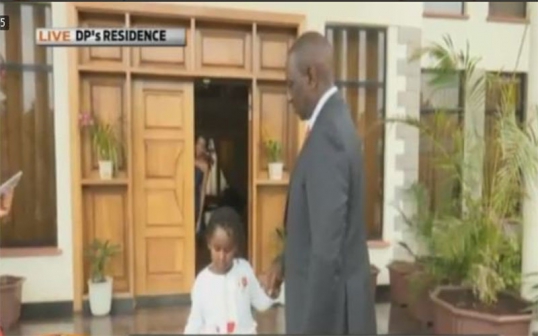 The deputy president would leave for State House where he would join his boss Uhuru Kenyatta before heading to the inauguration in Kasarani.

DP Ruto is seen as a successor of Pesident Kenyatta come 2022, but critics says it will not be easy for the self-proclaimed hustler,

Their election to office have been marred by controversy following two elections that were met by court petitions and boycott from NASA.

In their statement earlier in the week, NASA say that they would recognise the inauguration but would be having a memorial at Jacaranda Grounds in Nairobi.