The stunning bride looked ecstatic walking down the aisle, after their nuptials, holding hands with her newly wedded husband. The groom, identified as Falgun Bhojak, is a Safari Rally race coach of Tri Fit.

The two have been dating for three years now. They got engaged secretly, again, only a month ago which caught everyone by surprise including her colleagues. 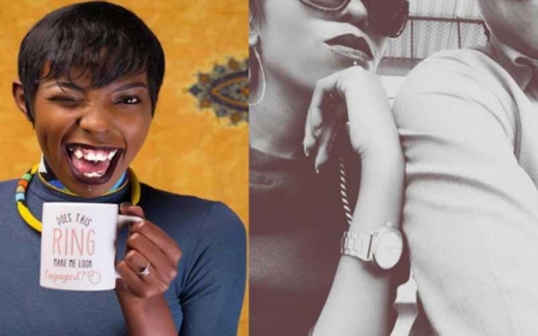 Even with Adelle being in the being in the limelight, she successfully kept her relationship under wraps for all this time only uploading very cryptic captioned pictures with very little evidence of him. After her engagement, she revealed that she did this to ensure that his life is not brought into the spotlight.

The small and intimate garden wedding was attended by close family members and friends like her colleagues at Radio Africa, Shaffie Weru and Kate Sidede. Despite the cold, Adelle wore a stunning white gown with a lace bodice.

Before Bhojak, Adelle had dated and even gotten engaged to her boyfriend. She had dated her ex-fiancé for a while, including the period when she lost her mum as revealed to Truelove Magazine 5 years ago.

However, that engagement did not lead to the altar as they soon after broke up for reasons Adelle chose not to reveal. 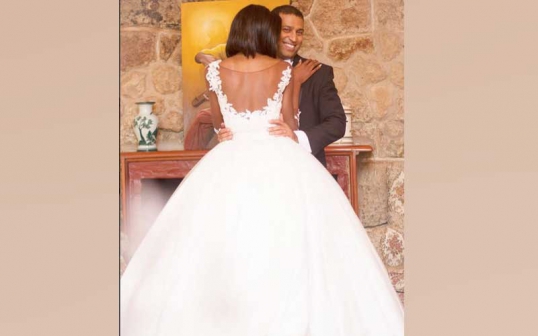