Ktn news journalist Joy Doreen Biira along with the King Of Rwenzururu in western Uganda are among those being detained by police over clashes between police and militia in which 55 people were killed. Joy Doreen together with her fiancé were allegedly picked from her home in Kasese by uniformed men yesterday evening and has not been traced up to now.

She was allegedly detained over her social media post on the violence between the kingdom loyalists and national government forces. The king, Charles Wesley Mumbere is accused of inciting violence after militiamen reportedly attacked a police post in his hometown of Kasese.

Security forces stormed his palace amid claims he was harboring fighters. The king has denied any involvement. A Ugandan government spokesman accused the militia of seeking to break away from Uganda.

The news reporter had the day before held a private wedding ceremony in her home town. 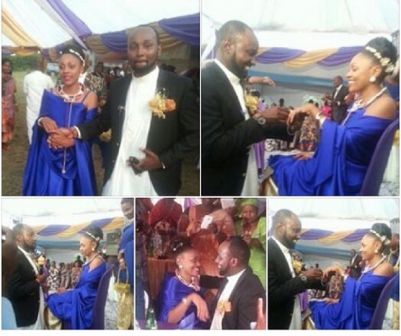 Kenyan on Twitter expressed their sentiments over the arrest with many pointing out that it was unfair and an outright attack on media freedom and freedom of expression in that matter.

This is sad and unacceptable. What happened to media freedom? What's wrong about documenting the truth as it is? #FreeJoyDoreen

She belongs behind The Mic & Camera, not behind Bars. #FreeJoyDoreen  pic.twitter.com/fEvJJ3cAet

#FreeJoyDoreen Ugandan Government is known for harassment and intimidation of journalists.

We must stand up against dictatorship and journalists' violation#FreeJoyDoreen

For the sake of future relations UG better #FreeJoyDoreen