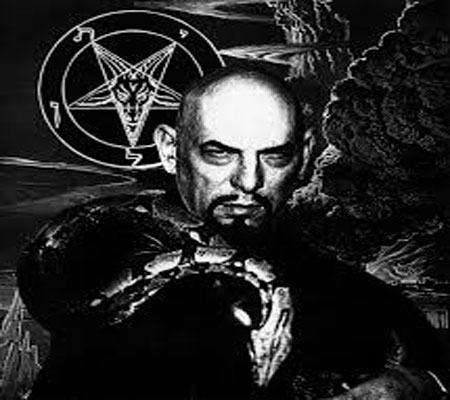 In their church, you are forbidden from stating the name of Jesus Christ, and treating your visitors with kindness if they annoy you.

Instead, the church advocates for treating annoying guests “cruelly and without mercy” and promotes an “eye for an eye” morality.

The sins in this church are not things like coveting your neighbour’s wife or committing adultery (the church okays you to make sexual advances if you are given the mating signal) except being stupid, pretentious or self-centred.

The members believe in magic and do not worship—nor believe in—the Devil or a Christian notion of Satan but its adherents see themselves as truth-seekers, adversaries and sceptics of the religious world around them.

For them, “It’s indifferent. There’s no God, there’s no devil. No one cares!”

Welcome to the Church of Satan, a religion that is now facing a new challenge in Kenya – an exceptionally high ratio of scam artistes conning people who willingly want to join the church where prayers start with “Hail Satan.”

“I have wanted to join the church but I have been asked to give an amount of money that I cannot only afford over a long period of time,” Papre, a Kenyan who wants to join the church told The Nairobian. “I have already paid Sh4,000 and I am only left with Sh4,000 to pay.”

Papre is one of the many Nairobians, who are investing to join the Church of Satan, founded on April 30, 1966 by Magus Anthony Szandor LaVey with the aim of being “openly dedicated to the acceptance of man’s true nature—that of a carnal beast, living in a cosmos that is indifferent to our existence.”

LaVey was an American author, occultist, and musician.

He was the church’s High Priest until his death in 1997 after which his position was passed on to his common law wife, Blanche Barton.

Since his death, the church has grown around the world with a branch in Nairobi at a location that is not exactly known to the public because of the high level of confidentiality exhibited.

Membership is strictly private, making it difficult for The Nairobian to establish the number of the members of the church of Satan in Kenya. The head office in New York did not reply to our request for information about the membership and activities of the church in Kenya.

Members of the Church of Satan are strictly forbidden from “outing” other members who have chosen to remain underground. All memberships are processed only through the New York office.

There are two basic degrees of membership in the Church of Satan – “active” and “registered” – whereby every member, upon induction, begins as an active member and becomes registered if they are invited to do so by church leadership.

The church believes one can be a Satanist without being a member of their organisation.

Although the church does not solicit for memberships, one can pay membership fees of two hundred dollars. A registration form is downloaded online and strictly sent through postal mail.

Upon payment of the registration fees, you are given an embossed crimson card declaring you a member of the Church of Satan.

When the members meet, they have to produce the cards for identification.

However, a rising number of people willing to join the church are posing the new challenge of protecting them from scam artistes especially in Africa.

Recently, the church came up with measures for those willing to be members with rules that now require a sort of screening before recruitment.

Kenyans willing to join the Church of Satan like other residents of countries in Africa are advised against trying to register with the church unless they have first been in contact through email and gained pre-approval.

Kenya is one of the countries in Africa where unscrupulous residents are attempting to get money from the government on behalf of the Church of Satan, its websites claims.

It however does not explain the link between the government and the scam.

There are individuals who are not happy that they are asked to give a lot of money before they can join the church.

“Why are you asking people to pay money to join? According to the ‘Gospel of Satan’, that’s wrong. Satan is rich and he doesn’t need anything,” one of the members asks.

Papre told The Nairobian that this is the third time that he is paying to join the church after two unsuccessful bids. “I have been conned twice but I am not giving up,” he said.

So as to increase openness, members of the church have now opened a Facebook page, the Church of Satan Kenya through which willing members are contacted through the phone number 07XX 666 666 (the two digits omitted by this paper), which interestingly makes use of the numbers 666, the mark of the beast in the Bible.

In the Facebook page, one of the members quips: “There is no God but yourself and Satan is your friend.”

“I play rugby. I want to join because I want to be successful in life,” Weslay, a 23-year-old told us.

Members of the church carry red cards that they use to identify themselves as members and things like “group hugs” are forbidden.

Satanism holds individualism as one of their values simply stating: “we don’t expect all of our members to agree on everything, or even to ‘get along’ with each other.”

A fundamental “house rule” for the church is that “those who affiliate are not required to like, appreciate, or praise one another—which should be expected with an association of wildly diverse individuals. However, they must refrain from publicly attacking or antagonising each other.”

“To us, Satan is the symbol that best suits the nature of we who are carnal by birth—people who feel no battles raging between our thoughts and feelings, we who do not embrace the concept of a soul imprisoned in a body. He represents pride, liberty, and individualism—qualities often defined as evil by those who worship external deities, who feel there is a war between their minds and emotions,” the website of the church reads.

The church is guided by nine satanic statements that are a sort of the ‘10 commandments’.

The nine satanic statements outline what ‘Satan’ represents in the Church of Satan. They state that Satan represents indulgence instead of abstinence, vital existence instead of spiritual pipe dreams, undefiled wisdom instead of hypocritical self-deceit, kindness to those who deserve it instead of love wasted on ingrates, vengeance instead of turning the other cheek and responsibility to the responsible instead of concern for psychic vampires.

According to the Satanic statements, Satan represents man as just another animal, sometimes better, more often worse than those that walk on all-fours, who, because of his “divine spiritual and intellectual development”, has become the most vicious animal of all. He represents all of the so-called sins, as they all lead to physical, mental, or emotional gratification, and is the best friend the church has ever had, managing to keep it in business all these years.

According to teaching in the Church of Satan, “satanic sins” are stupidity, pretentiousness, solipsism, self-deceit, herd conformity, lack of perspective, forgetfulness of past orthodoxies, counterproductive pride and lack of aesthetics.

By Diana Anyango May. 5, 2022
Meru villagers call KWS over 'hiding lion', turns out to be a shopping bag
.

By Stevens Muendo Dec. 3, 2022
Will Samidoh face Kareh B, Gatutura in mega battle
.