Less than year after former Brazil great Ronaldo got involved with the club, Cruzeiro has made it back into the country’s top soccer league.

The Brazilian team clinched a top-four spot in the second division on Wednesday by beating Vasco da Gama 3-0 at the Mineirao Stadium. The top four teams in the league will all play in the first division next season.

“This is the icing on our cake. We worked a lot to deserve this,” Ronaldo told SporTV. “We will celebrate for a few days and then think about next year.”

The club, which is based in Belo Horizonte, was relegated in 2019 following a successful run over the last decade that included winning two of its four league titles in history. But then came a massive financial crisis, which police later said was fostered by the mismanagement of former executives. Analysts say Cruzeiro was at one time about 1 billion Brazilian reals (about $200 million) in debt.

Ronaldo, who won the World Cup with Brazil in 2002 and previously held the record for most goals scored at the tournament with 15, announced in December he had bought Cruzeiro’s soccer department. The move came after a new law was passed to foster investment in Brazilian soccer.

Local media reported that Ronaldo bought 90% of the shares for about 400 million Brazilian reals ($78 million).

Ronaldo soon promised dramatic changes in the club’s management and a return to the top league. He signed little known players and cut expenses to get Cruzeiro afloat.

Ronaldo is also an executive at Spanish club Valladolid, which was recently promoted as well.

“We are both in first division,” the Spanish club wrote on Twitter in congratulating Cruzeiro.

How to successfully become a second wife
Lifestyle
By Anne Muiruri
21h ago
What to do when you feel stuck in the wrong career
Lifestyle
By Tania Ngima
22h ago
Singer Kambua announces she is expectant
Showbiz
By Diana Anyango
Nov. 28, 2022
Wanavokali honours Les Wanyika legend
Showbiz
By Boniface Mithika
Nov. 28, 2022
Covid and passion for books brought me here
Features
By Jacqueline Mahugu
Nov. 28, 2022
. 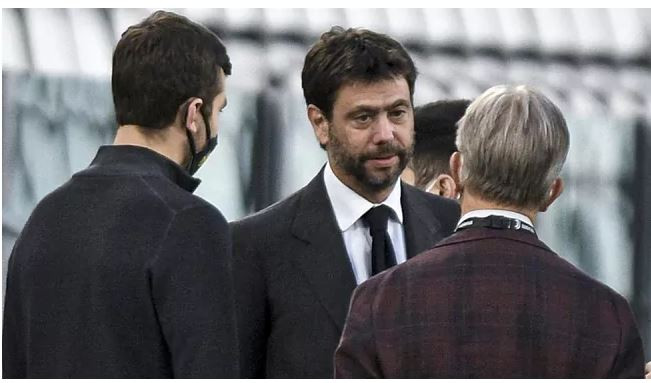 By Associated Press 22h ago
Juventus board of directors and president Agnelli resign
.