9 similarities between Islam and Christianity 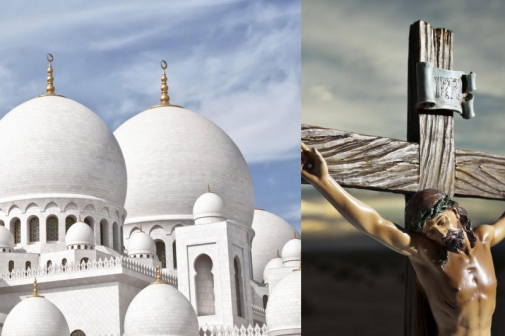 1. Monotheistic religion: Christianity and Islam both believe in the reality of only one supreme God. There is only one god who is the creator and the sustainer of the universe. Believe that God, who is the righteous judge, is also gracious and merciful. According to Christianity and Islam god is unlimited, infinite, omnipotent, omnipresent and omniscient. He is eternal and his existence is necessary.

2. Sovereignty of God: It is clear from the above that according to Islam and Christianity God, as the supreme reality, is the lone creator of everything. He is not only the creator but also the sustainer and destroyer of everything. The world is entirely dependent on him. He is all- powerful.

3.Belief in Prophets and Prophecy: Islam and Christianity both have Prophets and prophecy. Both believe God sent prophets such as Adam, Noah, Abraham, Moses, David, Joseph, John the Baptist, Jesus etc. Muslims and Christians both consider the Old Testament and the New Testament as divine scriptures.

5. Judgment day: Christians and Muslims believe in a life after death; comprising of the resurrection of the dead on the Day of Judgment and retribution of reward and punishment by God in the form of membership of heaven and hell according to one's earthly deeds. Both of the religions eschatology is well defined and graphically described.

Heaven and Hell are regarded by Islam and Christianity as permanent adobes of the righteous and the evil doers respectively after their physical death. Hell is eternal damnation and heaven is the symbol of eternal peaceful life in constant fellowship with God.

Both religions believe in virgin birth According to the Quran and the Bible Jesus was conceived by a miracle of God himself before Jesus's mother Mary had had any sexual relationship. Muslim and Christians both believe that it was just a miracle done by the almighty God.