How depression has never been an African disease 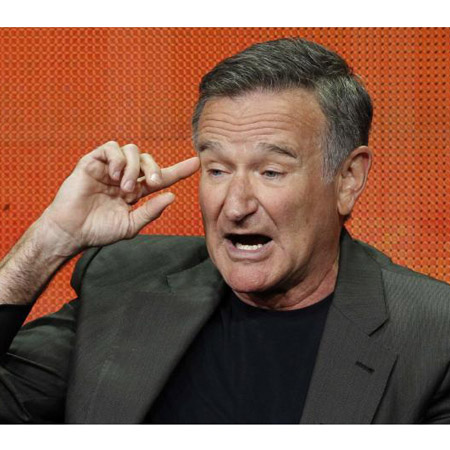 I woke up to news that Robin Williams was dead. Because some misguided people hold a measure of respect for me, I restrained myself from stupidly asking, “Who is Robin Williams?”

Later in the day, I Googled the name up and was surprised that I, indeed, know Robin Williams. I know his face.

I even recognised him as the brilliant and outstanding actor whose Dead poet’s society once kept me glued on the edge of my seat.

But I had never known his name. we Kenyans don’t read, you know. But what disturbed me was news that the famed actor had committed suicide because he was suffering from depression. What is this depression thing?

I accept it when a man hangs himself because his wife has left him, or he is jobless, or the neighbour has bewitched him or he is caught red-handed kissing his mother-in-law. But committing suicide because you are suffering from depression is simply not African.

As a Kenyan who watches NGOs tinkering with jiggered feet, I can’t wrap my mind around the fact that depression is an illness. We are stressed and depressed all the time! In fact, it is such a non-issue that African languages never bothered to create a word for it.

Anybody who knows what they call depression in their mother tongue, please step forward.

Depression, I am told, does not have a single cause, but that “an upsetting or stressful life event – such as bereavement, divorce, illness, redundancy and job or money worries” could trigger it.

To be honest, some diseases only strike wazungu or the middle class. Around here, when you are bereaved, you wail your head off, blame a neighbour, slaughter a cow for mourners, get inherited or replace the departed spouse and move on.

If you are ill, well, you are just ill so family members sell everything till they nothing more to sell and wait for you to die. Some teary journalist may publish your story on TV or in the newspapers, if you are very lucky, leading to an outpouring of grief and support from people in Nairobi and the diaspora.

But we have lots of people with strange, incurable diseases in our villages and it is not like the MCA is losing much sleep over it. As for losing jobs, the number of people who get fired and retrenched in this country is stupendous. But they keep their chin up.

In fact, KRA encourages them by taxing their terminal benefits. I mean, who cares? Thus, if you are divorced, don’t walk around with a long face telling people you are depressed.

We expect you to get another husband or wife and if that is not possible, accept and move on. If you are a woman, join the mothers’ union or something. If you are a man, become a drunkard. But for heaven’s sake don’t tell us you are suffering from depression.

That is like walking around telling journalists you have a sex addiction and that you need help. Help, my foot. You are just a randy goat.

It only becomes an illness when you are a celebrity or a senior pastor. So if you must commit suicide, put the blame where it belongs – witchcraft.

If depression were an illness, more doctors would be training in psychiatry. But as a friend pointed out, hospitals have many gynaecologists and one miserable shrink.