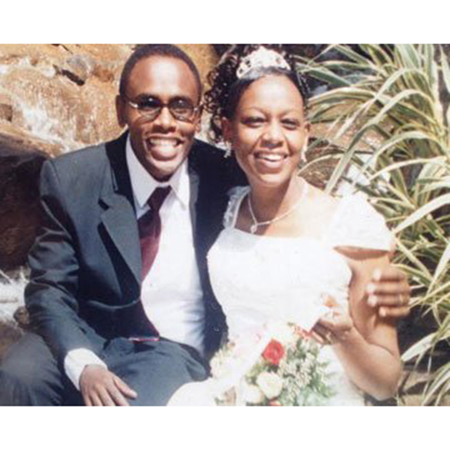 Paul Muhiu Magu’s death, the scarred bodies of his three children and the partially burnt remains of his wife, Lydia Wangui tells a very tragic story. The mystery surrounding the death of the family of five is now being linked to devil worship.

The police found Karen Rose’s 1999 horror novel: You Belong to Me in Magu’s prayer room. The book tells the story of a girl who was assaulted while onlookers did nothing. She later killed all the witnesses and violently decapitated their bodies.

There were other materials in the room as well which made police to believe the late Magu was involved in the occult world.

Magu was said to belong to the Shower of Praise Ministries allegedly based in Westlands, Nairobi. But the church is not registered and The Nairobian could neither ascertain its location nor members.

The couple’s house help, Margaret Njoki, has recounted to police the last moments with the couple whom she describes as being deeply in love and had never quarreled for the years she has worked for them.

Njoki claims Magu sent her to a shop in town to buy some sodas.

“When I came back ,I did not find her. Later, Magu sent me to town again to buy flour and when I returned and asked about his wife’s whereabouts, he told me  she had gone for a prayer session in Kiambu with some friends,” she said, adding that she waited until evening and the next two days, but Lydia did not return.

Njoki had no idea that Lydia Wangui’s body was lying in a pool of blood in their bedroom, where bloodstains were found even after Magu had cleaned the bedroom.

According to Njoki, Magu asked her to prepare the children as he wanted to go somewhere with them on the Tuesday of November 25.

“He left with the three children and they were out the whole day. When they did not return, I informed their relatives,” she said.

Police allege that Magu and pastor Ann Nyoro were responsible for killing Lydia, burning her body outside their house and later stashing her into a gunny sack for disposal the following day. The place where Lydia’s body was burnt was visible outside the house near the servant’s quarter.

“Nyoro was a close family friend and was in constant communication with Magu before and after the killings, Homicide Officer Maxwel Otieno told a Kiambu court in a sworn affidavit. The suspect is also alleged to have stayed at the family’s house at Pipeline, Muthaiga, for four days. A source confirmed that whenever Wanyoro is asked a question, she begs for prayers. “Let us pray before I talk,” she says and then prays forever.

As per our sources, the will she was to sign with the lawyer and the mobile phone are helping with the investigations.

Njoki spoke at the couple’s Muthaiga Pipeline estate home where police suspect Magu may have killed the wife on November 23 after he sent Njoki to town twice for shopping. Police who have reconstructed the events believe Magu killed the children in the farm after hacking them and later pouring acid on their bodies.

“It seems the death was painful and disturbing. He (Magu) had also poured on them an ointment that was found in his car,” said a police officer. The children were found after 11 days at a farm in Tatu City in Ruiru, where Josephine Wambui, a security guard at the farm, said the search party were drawn to the area by the smell of decomposing bodies.

What your favorite celebrities studied in university
Showbiz
By Boniface Mithika
4h ago
Movie Review: Will Smith-led 'Emancipation' is an action thriller
Arts And Culture
By AP
4h ago
Thee Pluto, Eve Mungai top in 2022 YouTube views
Showbiz
By Jacqueline Mahugu
8h ago
Glitz, glamour that was Kalasha Awards as new names win big
Showbiz
By Kirsten Kanja
8h ago
'Wakanda Forever' is No. 1 for 4th straight weekend
Arts And Culture
By AP
8h ago
.