Meet the man who threw his beer into a minister's face 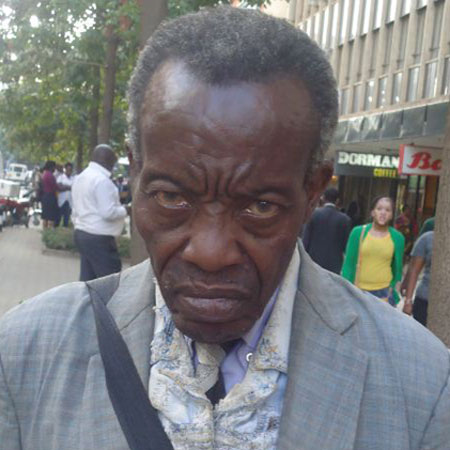 Gitao was fired after his altercation with Gichuru.   Photo:Courtesy

Guts of steel  is what best defines Muhia Gitao, a journalist who did the unthinkable via a daring splash of beer into the face of Kenya’s first Finance Minister James Gichuru, one of the ‘untouchables’ in President Jomo Kenyatta’s inaugural Cabinet.

Gichuru, whom the President could not sack even after daring the old lion to do so, loved his bottle, which he often downed at Munyu Bar off today’s Luthuli Avenue.

Other times Gichuru would go the Treasury’s briefcase in hand, at Karai Bar on Campos Ribeiro Road and hit the bottle until the devil hours.

Gitao, a rookie journalist with The East African Standard at the time was a tippler too and could stray into Gichuru’s company from time to time.

“We were at the Pan Africa Hotel,” recalls Gitao “when Gichuru insulted me, spewing some unprintable words.  I was tipsy and short of patience. Unable to stomach it further, I lifted my glass and threw the frothy stuff into the minister’s face. Everyone stared at me in disbelief.”

How did the drama end?

“The minister’s body guards didn’t know what to do. They momentarily roughed me up and threatened to arrest me, but Gichuru himself restrained them to avoid blowing up the ignominious drama,” Gitao said.

“But I lost my job at The Standard. Gichuru’s Permanent Secretary, John Michuki told Kenneth Bolton, the Editor-in-Chief that he would have The Standard banned if I was not sacked forthwith. I was paid three months’ salary and dismissed.”

“My tribulations did not end there. The powers that be at the time ensured that I was not employed anywhere else.  Even The Nation could not dare touch me. My career kissed the rocks to this day.”

Gitao is today a grand old man in his late 70s. He never shies away from talking about the incident that left his journalism career in tatters, later doing odd jobs here, farming there.

James Gichuru could have had his foibles, but the man educated at Alliance High School and Makerere University, Uganda, had been a founder member of independence party Kanu.

He twice stood down for Kenyatta during critical times in the nation’s history.

He was president of Kenya African Union (KAU) Kenya’s first nationwide wide political party when he stepped down for Kenyatta after the latter returned from Britain to join the freedom struggle in 1947.

Gichuru again stepped down from the presidency of Kanu after Kenyatta’s release from detention in 1961.

Just why Gichuru could never be sacked... and here was a cub reporter pouring booze on the face of the man after whom James Gichuru Road is named.