All systems go for 'Ms President'

By Renee Were | 2mos ago

It was splendour and fanfare galore at the Canadian High Commission residence as various stakeholders gathered to celebrate the kickoff of the Ms President Season 2 broadcast.

The reality show, centred on cultivating women’s leadership, has been airing on the Standard Media Group-owned KTN Home Channel every Thursday evening since June 30.

It is currently on its third episode. The gathering brought together the show’s contestants from both seasons, partners, civil societies and organisations focused on women empowerment.

Speaking during the event, Canadian High Commissioner to Kenya, Christopher Thornley, expressed his elation at the contestants’ active participation in politics, especially during the country’s election period.

“I am impressed by the number of contestants involved in the political process that is underway as they embody what the show is essentially about,” said Thornley.

The commissioner further encouraged the contestants to remain focused and headstrong during and even after the competition.

“Just by being in the competition, the contestants have proven their passion for pursuing their dreams. I hope they remain focused and keep pushing even if they don’t make it at this level,” said Ambassador Thornley.

The Canadian government has been an ardent supporter of the series through its partnership with Media Focus on Africa.

Media Focus on Africa County Director to Kenya, Harrison Manga, added that the celebration was an opportunity to provide support and encouragement to the contestants.

“We are not only here to celebrate Ms President coming to life but also offer the contestants our support as they proceed with the competition,” said Manga.

The show sees contestants take on tasks related to social issues and governance all while being teamed up with mock political parties.

Contestants then research the topics and create presentations that they showcase in front of a three-judge panel that picks the best group for the day.

At the end of each episode, however, some contestants are eliminated. This week’s episode saw six contestants leave the academy.

Ms President Season 1 contestant, Umi Harun, encouraged the current contestants to not only focus on winning the competition but also on the opportunities provided by the platform.

“Do not focus only on the win. The biggest takeaway from the show should be the skills acquired and the opportunities that it opens up,” she said.

Harun came second to Nerea Amondi in the series’ first season back in 2019. The former contestant added that her participation in the show enabled her organisation to obtain funding from the European Union, one of the sponsors of Season One.

Ms Harun is the founder of the Kesho Alliance Organisation, a non-profit fighting for quality education and advocacy, especially for young women in Garissa County. 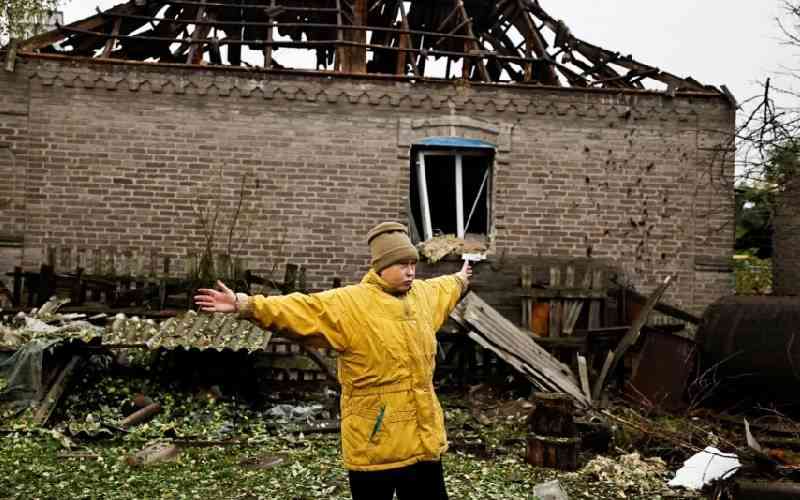 By VOA 24 mins ago
Volodymyr Zelenskyy: Negotiating with Putin 'impossible' after annexation claim