Questions have emerged on whether learners completed the second term syllabus after high school principals opted to send children back home a week to the official closing date.

The revised education calendar shows that second term started on October 11 and was to end on December 23.

This means schools are expected to close next week Thursday after some 11 weeks of learning.

This was, however, without mid-term break that was slotted as an after-thought as learners’ indiscipline went up, eating into almost a week of learning.

With early closures, some schools have lost up to two weeks of learning time which means students may have actively spent only nine weeks in class.

Principals, who spoke to The Sunday Standard, said schools started closing as early as December 14 as students’ unruliness continued to dog second term.

A number of schools closed Friday with many more expected to send children home on Monday next week ahead of Christmas festivities.

“A few questions require forward-thinking to avert a catastrophe next term: Have schools covered what they were supposed to cover in second term? If not, how will this affect the candidates’ exams readiness come next term?” said Manyasa.

“What is the feasible plan to ensure the term runs smoothly and successfully for the benefit of all the school communities­–learners, teachers and parents?” added Manyasa.

Kenya National Examination Council Chief Executive David Njengere said there should be no cause for alarm over the upcoming tests.

“We do not envisage any problems in next years’ examinations because we have done this before and there were no major issues,” said Njengere, adding Education Cabinet Secretary George Magoha had aptly addressed the issue during a recent briefing. Prof Magoha, however, said the examinations already prepared have a human face.

“Let our learners maintain calm and be ready to sit examinations because we are going to ensure we have a human face in the examinations,” said Magoha. 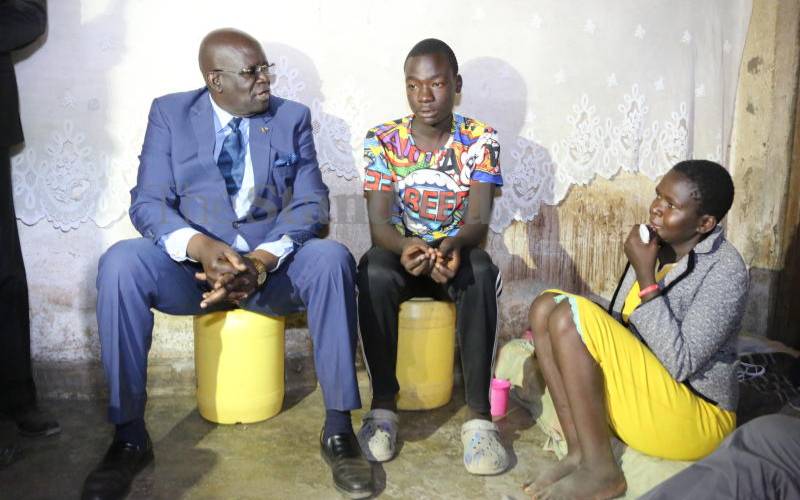 Ensure all join Form One
School heads unfailingly send students who report without fees back home, yet we cannot entirely blame them. They need funds to run schools.
Editorial
By Editorial
25 days ago

Man pleads for help to enrol daughter to school
Mr Mutua says he has managed to buy some necessities for her admission but now he can’t afford to buy school uniform or pay the minimum Sh10,000 fee required on admission.
Education
By Esther Dianah
1 month ago
.