Egerton University has raised a red flag over Sh13.6 million which has been deposited into its various bank accounts for the last seven years.

The University's  Department of Finance and Accounts, in a memo dated October 27, 2021, and posted on their website, lists 895 entries relating to the funds deposited into the accounts. However, the university claims it does not know the purpose of the deposits.

All the same, the list names the depositors but indicates the customer number as ‘unidentified’.

Strike at your own peril, Egerton University boss tells lecturers

The deposits, per the list, were made into accounts operated by the university in two banks.

The university is now calling on whoever made the deposits to come forward and provide supporting evidence to enable it update its records.

"Attached is a list of 895 entries relating to funds deposited into the various university bank accounts and whose depositors and purposes for the deposits have been difficult to identify. Please check and come forward with supporting evidence if you made the deposits in order to enable us to update our records accordingly," reads the memo in part.

Efforts to reach the institution Finance Officer Moses Ouma for a comment were futile as he did not pick calls or respond to text messages.

Twelve men from Homa Bay County were charged with assaulting police officers and obstructing them from discharging their duties. 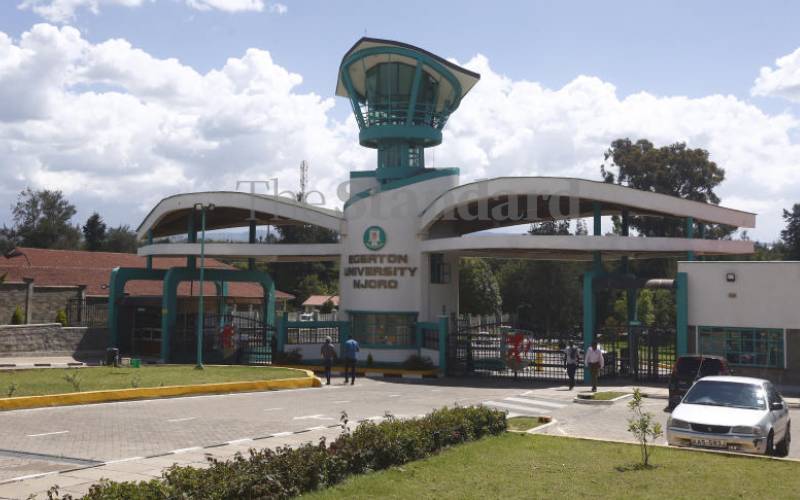