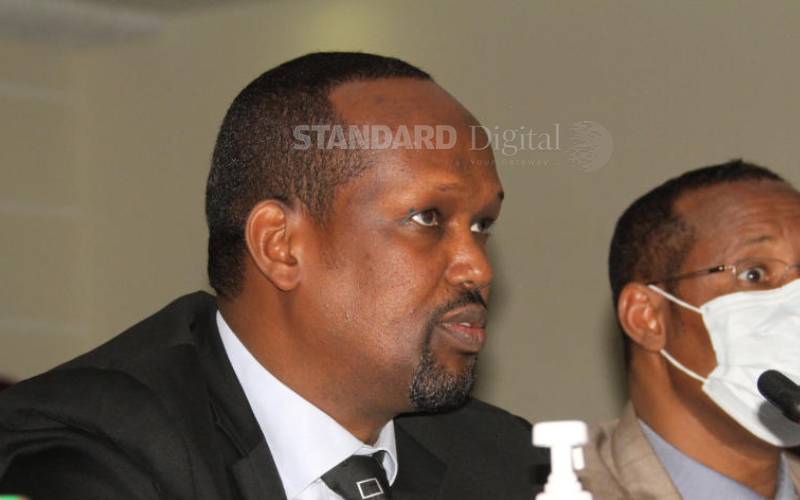 Somali based al Shabaab militants have succeeded in stopping learning in Northeastern as a result of the withdrawal of teachers over insecurity, Mandera Governor Ali Roba (pictured) has said.

Speaking in Mandera during the launch of Sh110 million bursary for needy students, the governor said the impact of children failing to access education is tantamount to socio-economic sabotage.

He said three people are still missing after their vehicle was attacked on Monday and their whereabouts are still unknown.

The governor said the administrators from the Ministry of Interior are living in denial and hiding the truth about facts on the ground.

“Al Shabaab has succeeded in stopping learning in our region. We risk having a generation of people who never acquired education. This is simply not acceptable,” said Governor Roba.

He appealed to President Uhuru Kenyatta to help in ensuring the National Government secures equal access to basic education for the people of Mandera, Wajir and Garissa counties.

The governor said security is paramount in ensuring uninterrupted learning and teaching programmes, which all stakeholders need to uphold, and safeguard at all times.

Following an increase in cases of non-local teachers’ attacks, the Teachers Service Commission withdrew teachers from the region and redeployed them to other parts of the country.

TSC has, however, come under sharp criticism for also transferring teachers from the major towns which had fewer al Shabaab attacks.

There have been protests in some parts of Garissa county following the redeployment of teachers by the TSC a week after they were posted to various schools.

“Kenyans and the community living in Mandera need to remain committed to effectively play our individual and collective roles to turn around the education sector, which is facing challenges,” Roba  added.

He noted that his administration is committed to addressing the challenges faced by needy students in the schools.

Previous article
Despite 35 people self-isolating due to Covid-19, Villa insist Man City still game on
Next article
Rich Kenyans run to US dollar as Shilling dips amid Corona