Re-opening of schools to be done 'carefully' 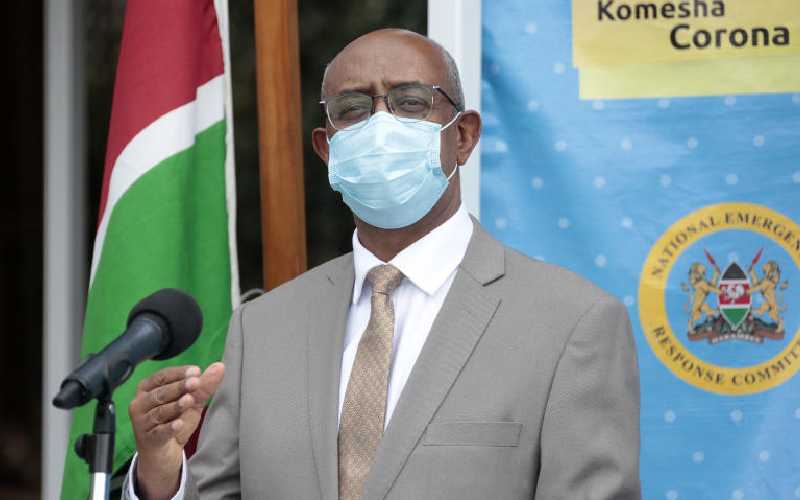 The Ministry of Health has said re-opening of schools will be done in a careful way to ensure gains made in the fight against Covid-19 are not distorted.

The assurance comes as the country reported 98 new cases. The ministry also noted that it has been incapacitated in terms of testing and as such, the number of cases was less than what might be the actual case.

Health Chief Administrative Secretary Rashid Aman (pictured), while reporting the new cases, said schools reopening will be done under the keen eye of the ministry as it monitors the curve.

“The country is determined to take the safest route in the reopening of schools without causing distortion that might take us back,” he said.

He noted that this is a careful approach so that other scenarios that were witnessed in some countries do not play out during the process.

“We have seen in other countries when social sectors are reopened and there are spikes again. We have not yet defeated Covid-19,” said Aman. “Our numbers show to some extent that we are getting some results in suppressing the spread of the virus.”

One of the parameters issued by the World Health Organisation to determine if a country has the pandemic under control is a positivity rate of below five per cent sustained over a period of two weeks.

Aman said the low number of cases indicate the slow spread of the pandemic, but admitted the country has some challenges in receiving reagents. “There are global challenges since the demands for these reagents is extremely high,” he said.