Reopening schools: The good and the bad Kenya can expect 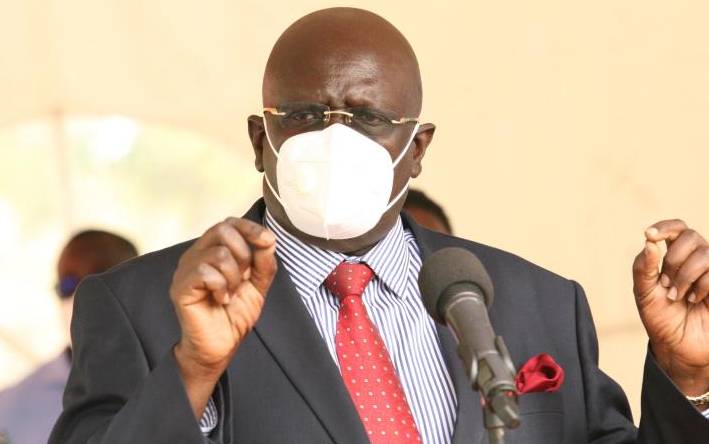 "The 2020 school calendar year will be considered lost due to Covid-19 restrictions.” This was a declaration by Education Cabinet Secretary Prof George Magoha (pictured above) when he addressed a press conference on July 7, 2020, ruling out the possibility of reopening schools due to the lingering danger of Covid-19.

But with just over one month gone, the Education Ministry has come under immense pressure as parents call for the reopening of schools citing the possibility of interfering with the progress of learners.

Prof Magoha was on the receiving end of a demand letter that was served by parents dated August 16, 2020.  The parents accused Magoha of closing both public and private schools indefinitely without giving clear-cut schools reopening schedule.

“You cannot rationally claim closure of schools on the ostensible risk of our children being exposed to coronavirus infections in schools as though there are special incubation points that pose a higher or greater danger than these social points stated,” noted Harrison Kinyanjui on the demand letter, the lawyer who represented the group.

While Mr Magoha has maintained that the 2021 target for reopening schools remains a temporary decision; his statement during a visit to Siaya Technical Institute on Thursday, August 20, 2020, revealed the brewing desperation at the ministry.

“More than 100,000 schools remain closed across the country but the decision to reopen them lies with President Uhuru. He is the one to decide whether he can take the risk,” Prof Magoha said.

The CS said that Kenya could not gamble reopening schools after learning the adverse effects from countries that made the decision prematurely like South Africa.

But under this crossroad and the pressure to make a decision are a number of case studies around the world, good and bad, that Prof Magoha could evaluate before reopening schools.

Isreal is one of the countries that struck the right path in the early stages of coronavirus infection with its containment measures. But according to analyses by The Conversation, published on July 22, 2020, titled: “How other countries reopened schools during the pandemic – and what the US can learn from them,” the Jewish nation missed on three vital things. Israel failed to check on dangerous gatherings, never rolled out serious testing exercise and when it reopened schools; the situation went overboard.

“It was undertaken so quickly that it triggered a very sharp spike, and the return to more conservative measures came too little, much too late,” said Mohammed Khatib, an epidemiologist at the country’s Covid-19 taskforce.

As the debate to reopen schools raged on in the USA, President Donald Trump often used Sweden as an example that schools can be reopened as governments battle the virus. But Sweden had a mixed experience in fighting the virus in as much as the schools are opened. According to The Conversation, the Swedish government rolled out early sensitisation campaigns urging citizens to wear face masks, keep distance and observe hand hygiene even before noting the first case. The schools remained open even as some parents of sickly children protested. The countries caseload, however, did not shoot, but, adults like teachers and non-teaching staff contracted the disease. Few children were infected.

In Japan, there are strict health protocols to be followed. These include no sharing of reading materials, no talking, no overcrowding, putting on face masks and attending classes in shifts. But even with stringent rules, some children contracted the virus. Another emerging worry for the Japanese government according to The Conversation is the growing school apathy where learners find it needless to go to school because of lack of interaction.

“School is a place to learn about human relationships, including how to deal with issues, but it’s impossible to create a close connection…I am worried about (the measures’) effects on their futures,” said Osugi Elementary School Principal in Tokyo, Toshiharu Fujishima, as quoted by country’s media sources.

Just like in Japan, if Kenya were to reopen its schools; it would find itself in the same situation where teachers are entrusted with enforcing containment measures, hence, piling up more responsibility on them.

Uruguay became the first country in Latin America to open its learning institutions after Covid-19 outbreak. The country implemented the phased reopening in stages coming at around June 1, June 15, and June 29. The Luis Alberto Lacalle Pou government mapped areas of risks and vulnerable populations making the education ministry to implement a phased reopening.

The Conversation states: “Finally, on June 29, 256,000 students in the capital of Montevideo returned to school. An alternating schedule of in-person and virtual instruction reduces the number of students in classrooms at one time.”

Kenya joins the ranks of African countries the World Health Organisation urged to reopen schools on Friday, August 21, 2020. According to WHO, keeping children at home exposes them to malnutrition and sexual violence.

WHO Regional Director for Africa, Dr Matshidiso Moeti said: “Schools have paved the way to success for many Africans. They also provide a safe haven for many children in challenging circumstances to develop and thrive.’”

“We must not be blindsided by our efforts to contain Covid-19 and end up with a lost generation. Just as countries are opening businesses safely, we can reopen schools. This decision must be guided by a thorough risk analysis to ensure the safety of children, teachers and parents and with key measures like physical distancing put in place.”