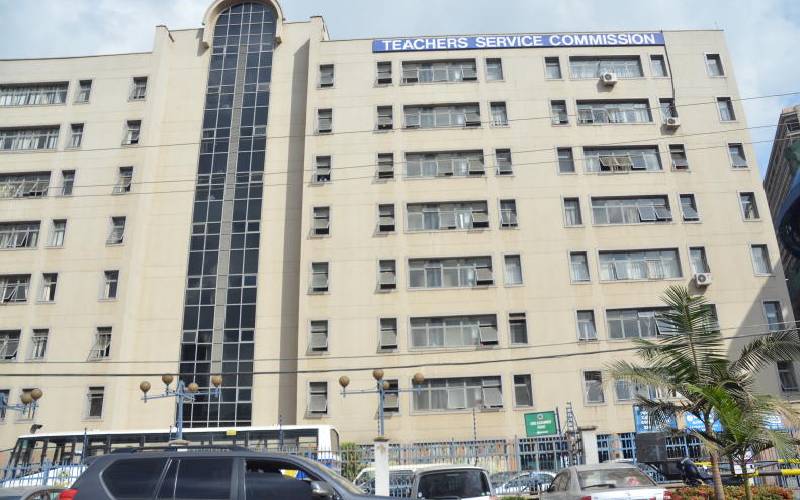 Six primary school teachers will continue to enjoy salaries equivalent to those in the category of college lecturers.

This is after the Employment and Labour Relations court found that their rights were violated when their promotions were canceled by the Teachers Service Commission.

This the TSC did on grounds that the officer who promoted them did it without following the required procedure.

Employment Court judge Onesmus Makau also ordered the employer to compensate them Sh300,000 each for taking an unfair administrative action in transferring them back to primary schools, less than two years after they were promoted as lecturers.

“I would agree that even if there will be no reduction of salary, the transfer of the petitioners and claimants back to the primary schools would reduce their social standing as they would cease being lecturers at the TTC to primary school teachers and that amounts to a demotion,” the judge said.

They were to work at the college as lecturers of primary teacher education and TSC duly released them from the schools.

However, in April 2018, the college is alleged to have orchestrated a campaign to discriminate and humiliate them.

They received letters transferring them back to primary school before completing two years at the college, yet TSC’s transfer policy requires employees to serve at their new stations for at least five years before they can be transferred.

Aggrieved by the decision, they filed two cases in court in 2018 and in January 2019. The matters were consolidated.

In the case they argued that their employer’s action amounted to discrimination and was an infringement of their rights to human dignity, fair administrative action and fair labour practice.

TSC was accused of failing to disclose in the letters the reasons as to why it demoted them and did not give them an opportunity to be heard.

In its defence, TSC argued that the teachers were irregularly and un-procedurally transferred from the primary schools they were serving, on diverse dates in 2017 and 2018, to perform lecturing duties at Migori TTC.

According to TSC, the transfers grossly offended the deployment policy and other relevant guidelines, adding that the officer who effected the changes was sacked.

It was TSC’s case that under its policy, attaining higher education does not guarantee the teachers deployment to a higher position or deployment to post-primary institution, but only a higher pay.