The fight for the heart and soul of Turkana University 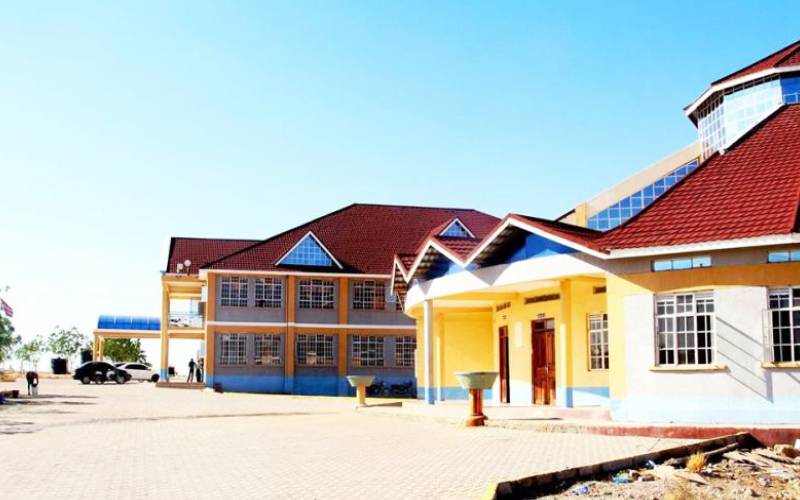 On January 29 a meeting was held at Masinde Muliro University of Science and Technology (MMUST) towers in Nairobi.

The council of Turkana University College (TUC) had convened the meeting.

Those present included the principal of the college Thomas Akuja, as well as finance, procurement and legal officers.

After about an hour, the principal and the three officers were asked to step out of the meeting. They waited for six hours before Prof Akuja was summoned back.

After another hour, Akuja stepped out of the meeting again. Together with the three other officers, he waited until around 5pm to be summoned back. This was never to be, as the board members had already concluded the meeting and left.

What followed next were letters sending Akuja and the finance officer on compulsory leave. About a month later, the procurement officer was also suspended and his office locked.

The accusations leveled against the principal included failure to attend a meeting between TUC and another government agency, which were slated for some three days in January. Also mentioned in the letter is the acquisition of a motor vehicle said to have been done irregularly.

Akuja has denied the accusations and gone to court seeking to be reinstated and compensated.

The accusations come at a time when the term of the current council just ended on March 9.

On March 5 the council reappointed former acting deputy principal Stephen Odebero, who claims he was thrown out of the institution in 2018.

The Standard has established that on the cards is a Sh23 million pay arrears claim by Prof Odebero for what he terms wrongful dismissal.

He says Sh23 million was arrived at in an agreement to settle the matter out of court.

“I was hounded out of office in July 2018 and my attempts to access my office were thwarted repeatedly,” he states.

Students, staff and the local community have expressed concerns over continued instability at the college, which has resulted in two acting principals in the past one month alone.

The students, staff and the local community have petitioned the Senate, National Assembly, Turkana County Assembly and the Directorate of Criminal Investigations (DCI) to intervene.

The petitioners state: “That all Masinde Muliro University of Science and Technology (MMUST) staff who had been on secondment to TUC, were officially returned back to MMUST, including Odebero.”

Odebero denies this, and insists that he is still on secondment from MMUST. The matter is still in court.

A circular from the Public Service Commission (PSC) on January 17 set new guidelines for naming of top cadre officials of public universities and constituent colleges.

Under the guidelines, PSC is charged with the responsibility of competitively recruiting and nominating persons for appointment by the University Council to the positions of Vice Chancellors, Deputy Vice Chancellors, Principals and Deputy Principals.

As such, the vicious battle for leadership of the institution has sucked in officers of the Ministry of Education headquarters at Jogoo House.

The setting for the battles dates back to 2017 when the government bought Mt Kenya University, Lodwar Campus and created TUC as a constituent college of MMUST. Being the mother institution, MMUST seconded senior officers to steer the institution.

Among those seconded were Prof Egara Kabaji, as acting principal, and Odebero as acting deputy principal Administration, Planning and Finance.

In July 27, 2018, the then Education Cabinet Secretary Amina Mohamed appointed Akuja as the substantive principal for five years. Kabaji resumed his job back at MMUST.

However, matters would take a different turn when the TUC council, through a resolution, scrapped the position of deputy principal administration, planning and finance on July 18, 2018.

But the Ministry of Education, in a letter dated January 8, 2020, signed by the secretary (administration) Peter Okwanyo sent Odebero back to TUC.

In the letter, Mr Okwanyo accuses the suspended TUC principal of unilaterally deciding to discharge the duties lawfully assigned to Odebero.

Okwanyo stated: “It is our findings that the council already asked you to reinstate Prof Odebero to his office; a decision which was made in September 2018, and which was reiterated via the show-cause letter written to you by the chairman of council on March 22, 2019, for which you have not adhered to to-date.”

Following this directive, an internal memo, on February 19, to the college’s acting principal by the legal officer, contradicted the ministry’s position.

“Prof Stephen Odebero is not an employee of Turkana University College and therefore the school has no obligation to place him in its payroll as requested,” read the memo.

Pressure mounted on council to reinstate Odebero. In a letter dated February 21, and signed by for the Education ministry, the council is reminded that its term ends on March 9 and there is need to expedite pending issues by close of business on February 24, 2020.”

Another letter from the ministry addressed to MMUST acting Vice Chancellor Asenath Sigot asks the VC to: “...allow Odebero to serve your constituent college as a seconded staff until the position he is holding is filled competitively.”

But in a letter to Odebero dated February 11, Prof Sigot declines to do this.

“Note that the university does not second staff to Turkana University College since they have their own council,” reiterates the VC.