Kakamega Primary School has been reopened a week after a stampede claimed the lives of 14 pupils.

A section of parents who accompanied their children to school told Standard Digital that their children are still haunted by last week’s tragic incident to the extent of experiencing nightmares.

"My daughter has been telling me her friend who died comes in her sleep and tells her to follow her to paradise. She can't sleep alone and lights must be on at night. She has also lost appetite,” said a parent.

Some pupils disclosed they are afraid of going back to class.

Parents who went to school with their children on Monday morning, were welcomed with a prayer session that took three hours.

The session was led by Bishop Benson Shishia of Church of God, Father Martin Chibole of Kakamega Catholic Diocese and Sheikh Idris Mohammed, Chair of the Council of Imam and Preachers of Kenya - Kakamega County.

After the prayers, grade 4 and 5 pupils from the classes most affected by the tragedy, were to receive counselling alongside their parents.

Western Regional Education Coordinator Stephen Barongo said there will be new registration of pupils to establish who has not reported back to school.

The school was closed for a week by education Cabinet Secretary Prof George Magoha to pave way for investigations to unearth what caused the stampede.

By the time we published this article, the police were yet to establish the cause of the stampede. However, Kakamega Central OCPD David Kabena said investigations are almost complete and the report is expected to be out this week.

Initially, local leaders led by Musalia Mudavadi, Moses Wetang'ula and Boni Khalwale had asked the government to form a commission of inquiry to probe the incident.

The OCPD, however, notes that there is no need to have an inquiry commission to probe the deaths.

Nine girls and five boys died in the tragedy following a stampede that happened at around 5 pm as the pupils were going home. Twelve of them were Standard Five pupils while two were in Grade 4. 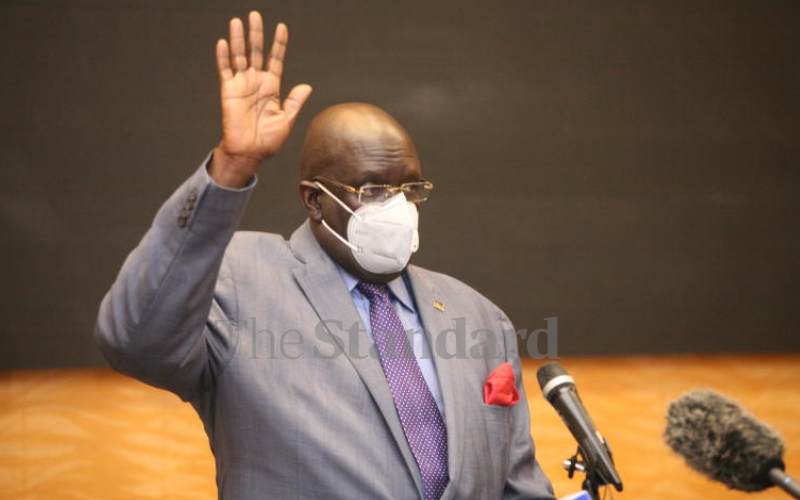