Why today's university students are depressed

One Friday night in 2016, a First Year student at Moi University locked herself up in her room, slit her wrist and waited to bleed out.

For two days, she lay in her own blood in a room she had rented outside the university, away from other students.

Members of a Bible study group she had planned to host that Sunday would later find her on the verge of death.

It wasn’t the first time the Education student had tried to take her own life from the time she was sexually molested by her biological father in Standard Seven. Sharon, who prefers to hide her identity because she hasn’t shared the rape incident with any of her family members, says the cruelty meted out on her marked the beginning of a life of withdrawal and bitterness to date.

She came from a broken family where fights between her parents were the order of the day. Her parents’ rocky marriage would be terminated with a decision that Sharon stays with her father. But after the rape, she decided to stay away from her father.

“I found solace in books and during short breaks and holidays, I stayed at school with orphans and other children who had nowhere to go. I dreaded the thought of staying with my father,” she says.

Her efforts to recover were, however, thwarted when her father, then a court employee, sexually abused her again at her aunt’s place where she had chosen to stay as she waited to join high school.

“I was yet to forgive my father after the first rape incident and I even agreed that he takes me shopping for high school. But when he drove me back to my aunt’s place that day, he raped me again. My aunt wasn’t around when it happened,” she says.

The 21-year-old was crushed after the second rape incident. Her life in school was the opposite of other students who were enjoying their first days in high school.

“I was always crying and I had swollen eyes every day. My classmates avoided me thinking I was on drugs and teachers punished me heavily as they tried to get a confession from me for my supposed use of drugs. But I never told anyone what I was going through because I found no one to confide in, not even my own mother,”  she says.

She says that the school, unable to get the confession they wanted, suspended her in Form One first term.

She adds: “I never talked to mum because she wouldn’t have believed me. And I never talked to teachers because I would have been the subject of discussion in the whole staff room. So I chose to bear the pain with me all my life.”

Today, Sharon has found solace in writing poetry where she expresses her bitterness. She has also been on counselling from 2016 after her near-death experience. But counselling hasn’t helped much.

“I don’t like counselling sessions because they end up opening wounds that one would rather forget,” she says.

Sharon isn’t the only wounded student in university today. Recent incidents of killings, suicide and other unusual occurrences in universities point to increased stress, depression and mental illnesses among university students.

The latest incident involved Brian Bera, a fifth-year student at the Jomo Kenyatta University of Agriculture and Technology (JKuat), who was last week shot and injured by police for invading State House. Medical reports later revealed that Bera had a temporary mental problem and was due for psychiatric assessment.

A study by researchers at the Department of Psychiatry at the University of Nairobi (UoN), Kenya Medical Research Institute (Kemri) and other collaborating researchers found that 36 per cent of university students were depressed. Of these, 39 per cent were female students while 34 per cent were male.

Studies done in colleges in other countries showed that Kenyan students were the most depressed. In Ethiopia, for instance, symptoms of depression were recorded in 24 per cent of college students. University students in Nigeria are the least depressed at only eight per cent.

According to the study that was conducted among students from different UoN colleges, depression is still less understood despite being a common cause of morbidity and pre-mature death among university students.

“People with depression have a 40-60 per cent chance of dying prematurely compared to the general population. There is also evidence that depression can predispose people to various diseases such as diabetes, myocardial infarction, HIV infection and death from suicide,” says the report.

Titled Depression Among University Students in Kenya, the study found that depression in university is highest in students who resided outside university premises, those involved in substance abuse and those molested in childhood.

“Women are emotional beings and biologically wired to quickly express their issues. Men, on the other hand, tend to keep a lot to themselves,” says Rev Okello. Okello, who is also the managing editor of Journal of the Kenya Counselling and Psychological Association, says people tend to listen more to women than they would to a man.

Dr Felix Opondo, a psychologist, says society pushes men to keep stress to themselves until their situation gets worse.

“Men are expected to be strong and so they go through depression on their own until it gets worse. And because men don’t get help early enough, they are more likely to end up with psychiatrists than women,” says Dr Opondo.

Dr Opondo blames increasing cases of depression among university students on the changing university set-up, where underage students are admitted to universities.

“Today, it is common to find a 17-year-old student left at the university to live on their own terms. Such freedom becomes a burden to these young people. This is unlike many years ago when universities admitted mature students,” says Opondo.

The city-based psychologist says over-enrollment in universities has also led to shortage of accommodation facilities.

This, he says, has affected many students who have to seek accommodation outside campus. 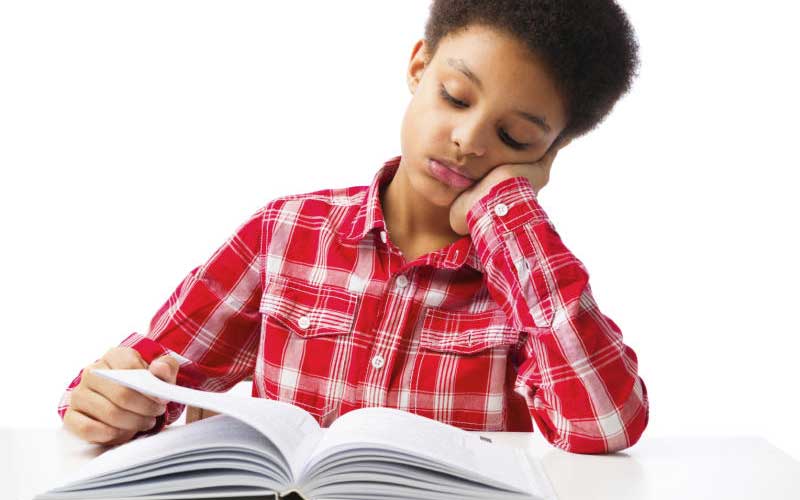 “Universities in the past used to admit students based on bed capacity. Because of over-enrollment today and the capacity challenges in Kenyan universities, underage students are forced to look for their own accommodation outside the university,” he says.

He says heavy workload and the complicated nature of studies at university is also responsible for high depression levels among university students.

Serah Kasembeli, a young Kenyan researcher who finished her PhD at Stellenbosch in South Africa where she still works, understands the magnitude of study-related stress. “I remember there is a particular season when I was writing Chapter Five of my research, I wore one pair of trousers for two weeks continuously. The tragedy was that I didn’t realise that I had other clothes to put on. My mind was trapped and couldn’t think that way. At another time, I didn’t comb my hair for many days,” says Dr Kasembeli.

“My PhD research interrogated traumatic slave and apartheid memories in the post-apartheid present… The trauma is unavoidable in these kinds of psychological studies, and it gets to your system,” says Kasembeli.

Upon graduation in in 2017 aged 31, Kasembeli started Dr Kasembeli Lab and Resource Centre, an organisation that offers emotional and academic support to academic writers, master’s and PhD students.

To reduce cases of depression, PAC University students have been organised into care groups where they get psycho-social support.

Okello says each student gets an opportunity to share their experiences in the groups that have been organised into manageable sizes.

“Each group comprises about eight students and the students share freely because the groups are based on trust,” she says.

Psychology students at the university take distressed colleagues through counselling in the care group sessions that take about one hour daily.

Irene Sifuna, a UoN psychology graduate, has authored My Self-Improvement Journal, a book and mobile application that helps depressed persons  heal. The book was inspired by her own struggles with depression.

“I went through many distressing situations in life and it was only during my psychology classes that I realised I had a damaged childhood,” says Sifuna.

In her childhood, she watched her parents fight every day.

“I grew up with anxiety and low self-esteem for a long time. I remember wetting my bed until I got to high school. And unlike other students in university, I never entered any relationship because I still couldn’t trust anyone,” she says.

My Self-Improvement Journal provides a therapeutic way of handling emotions, she says. “Writing is a good way of venting. When you write a journal, you pour out your feelings and become more in charge of your emotions,” she says.

Sifuna says the journal was developed after research that was approved by the National Commission for Science, Technology and Innovation, a national body mandated to regulate and ensure quality research.

She says the journal, which is based on strengths and weaknesses of different personalities, is under evaluation by curriculum developers to be part of the curriculum in high schools and colleges.

“Anyone from age nine can use the journal for self-assessment. It is especially fashioned for college students facing identity crisis. This is an age that young people are torn between being young adults and just adults,” she says.

The story of Bernice Nissi, beauty queen who lost her mum at 10; battled depression|BEYOND THE SCARS