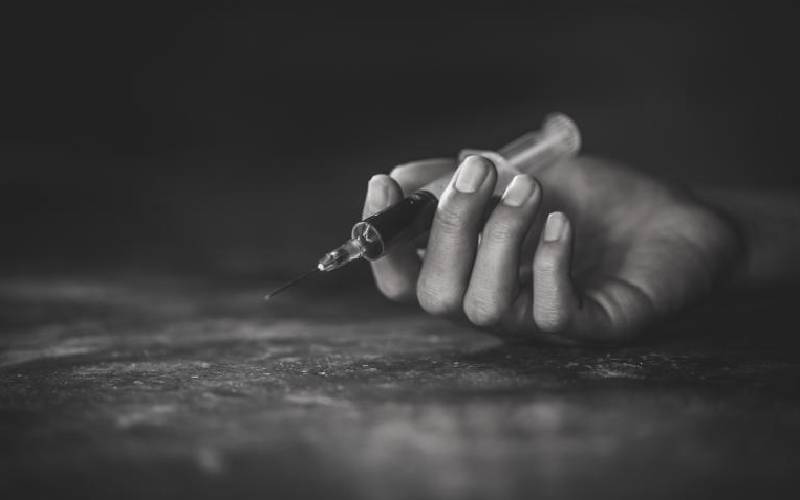 A new survey by a Government agency has implicated some teachers in peddling hard drugs in schools.

It also reveals that most affected schools are in Lower Eastern, Central or Upper Eastern regions.

Students in secondary schools in the three regions were found to be at higher risk of drugs and substance abuse, according to the survey that also revealed children between 13 and 15 years are the most vulnerable.

Teachers, school canteens and non-teaching staff are among those named as the sources of drugs and alcohol for students in schools, according to the report to be released today by the National Authority for Campaign Against Alcohol and Drug Abuse (Nacada).

And although parents and teachers are mentioned as sources of drugs by the least number of respondents, the fact that trusted guardians, however small the number is, were the ones corrupting the children, is worrying.

According to the report, the age bracket 13-15 is critical, as this is the period children get initiated to drug and substance abuse. Majority of children in this age group have either just sat their Kenya Certificate of Primary Education examinations or are in their early years in secondary school.

At least seven in every 10 students interviewed agreed that alcohol and drug abuse was likely to be initiated in schools.

The agency interviewed 3,908 students – 60 per cent male and 40 per cent female – selected randomly from 77 schools around the country.

When asked the source of alcohol and drugs, 32 per cent said students got the stuff from friends.

A majority of students (72.8 per cent) thought that it was possible for a learner to use drugs without their teachers’ knowledge.

“A majority of the students agree that the school environment could provide opportunities for students to initiate use of alcohol and other substances of abuse,” reads the report.

The report further shows that school-going children are likely to get involved in drugs and alcohol during the school holidays (48.5 per cent) and on their way home from school (35.1 per cent).

The survey shows that students are fairly knowledgeable on the different drugs and substances of abuse.

Bhang, alcohol, cigarettes, cocaine, heroin, inhalants, mandrax and miraa are all fairly well known, with at least 80 per cent of the students identifying them as drugs.

“The three top drugs and substances of abuse reported as most readily available to students in schools are cigarettes, alcohol and miraa,” the report reads.

The report also noted the high proportion of students who reported accessing prescription drugs within the school.

The most commonly used prescription drugs in the last 30 days (current use) include sleeping pills, mandrax and rohypnol.

An analysis of data on alcohol consumption by students in the last six months gave insights into risk factors associated with alcohol and drug abuse among secondary school students.

Some of the predisposing factors include being male, being in a school with male students (boys' boarding or boys' day), being in Form 3 or Form 4 as the risk increased with increase in number of years in the school.

Also having fewer frequencies of inspection, schooling in Lower Eastern, Central or Upper Eastern, living with a single parent who is a father, not being an active member of a religious group or club were also cited as other predisposing factors.

Besides schools, the highest proportion of students reported the home environment as the place where a substance of abuse was used the last time. In the case of alcohol, the home environment was reported by 14.5 per cent of the students. It was followed by other occasions such weddings or parties (7.9 per cent) and pubs (4.1 per cent).

A nine-member committee formed by Prof Magoha has scheduled county meetings from July 1.