Insults and hate speech have no place in mature politics 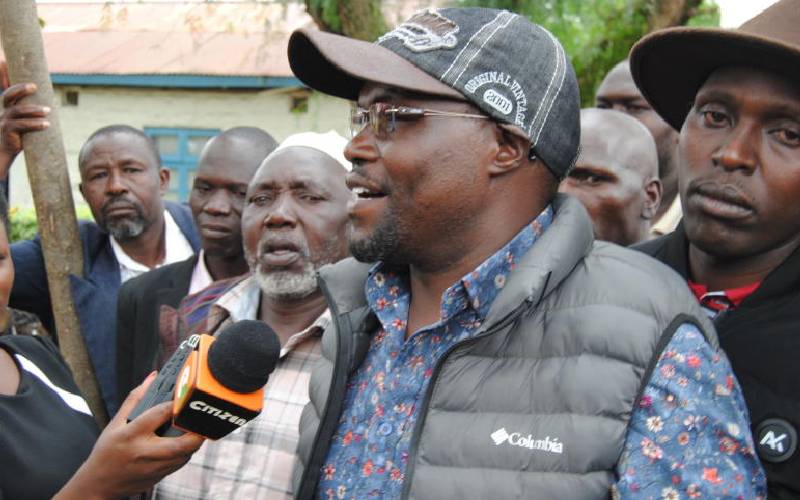 Emurua Dikirr MP Johanna Ng’eno and his Kapseret counterpart Oscar Sudi are in trouble over alleged incitement and unsavoury remarks against President Uhuru Kenyatta and his family.

While it is the onus of the court to determine their innocence or otherwise, it is worth noting that the two leaders are not the first neither -we daresay - will they be the last to be accused of incitement and use of foul language.

Our politics lives up to the mantra ‘politics is a dirty game’. Political dirt for our leaders means throwing mud by the shovels at each other and even at those who elected them. Even more ugly, they incite the people to take arms against each other.

Make no mistake. Politics is about verbal combat; it is loud and noisy. But it should have a level of civility, a modicum of maturity. There are things you don’t do, there are words you don’t use.

But the language of the Kenyan politician is crude, even obscene. Of course, most of the times they have a point - the issues that make them to boil with rage, utter unprintable words or even incite their constituencies to violence are usually legitimate. It is the way they say them that is primitive and downright unacceptable.

We would be less bothered, if the foul language and hate speech ends at their mouths. They would just cause a slight offence. But after the 2007 election violence and past bloodshed triggered by hate speech, we now know better. So as we head to 2022, we should be careful. We should not allow motormouths to light embers of violence with their tongues.

Unfortunately, few, if any, of our politicians have not used foul language and hate speech. Majority have fallen short. They are emboldened by the fact that the law seems to be toothless. None of them has ever been punished over hate speech. Insufficient evidence hobbles the cases against them.

When party leaders use foul language and engage in incitement, they should not be surprised when their foot soldiers do the same. Our politics is chaotic. We need to clean it up.

Parties should put their feet on the ground and demand decorum among members. They should be hard on those who spew tribal bile and crack the whip on the foul-mouthed. But only the strong-willed –those who genuinely love this country– can do so. This is because most rabble-rousers cause trouble to appease their masters. But we should change course. We should ground our politics on issues and ideas and not raw emotions, slander and hate speech.