Fix Kemsa once and for all to end drug woes 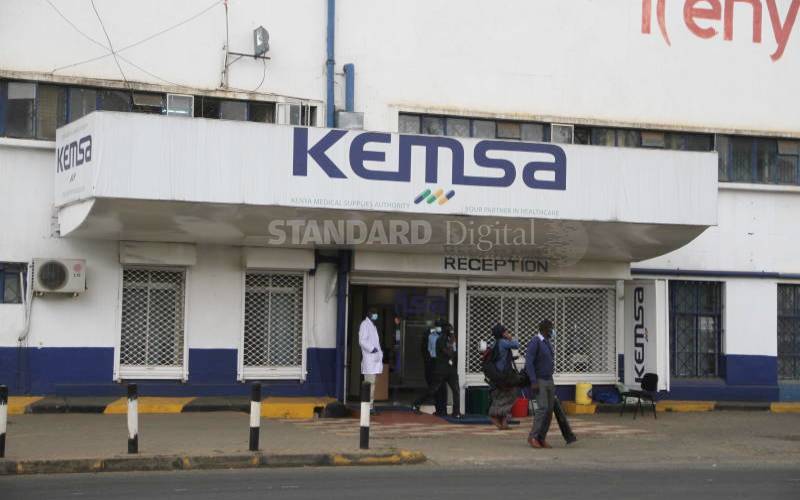 County governments find themselves between a rock and a hard place. The impasse on revenue sharing formula and the delay in the disbursement of funds has crippled most functions within counties.

The health sector is the most affected, particularly now that the national government’s attention is focused on containing Covid-19. But in as much as this is desirable, the downside is that other diseases receive very little attention. The World Health Organisation, for instance, has warned of a shortage of HIV drugs. Besides finances, governors accuse Kemsa of delays in supplying drugs even though the agency claimed early this year that counties owed it Sh2.8 billion and threatened to stop supplies. As a result, governors are now seeking authority to purchase drugs from other suppliers.

Kemsa scandals regarding irregularities in drug procurement and delays in the supply of drugs give governors reason to seek alternative avenues of procuring drugs, and we cannot blame them. Indeed, that could provide an interim solution, but a permanent one must be sought.

Sourcing drugs outside Kemsa has its pitfalls. Quality and safety of the drugs cannot be vouched for. Early this year, Kenyans were warned of fake Amoxicillin tablets in the country.

That could be aggravated without the quality control available to Kemsa. Besides, decentralised sourcing of drugs could open avenues for worse corruption. Kemsa is redeemable. Fixing it by getting rid of the corruption cartels will solve the problem of delays in drug supply.

Strong message from voters that politicians should not ignore
Opinion
8 mins ago
Former Twitter worker convicted of spying for Saudi Arabia
Sci & Tech
By Associated Press
25 mins ago
Premium Tatu Reginaldah: The day my husband almost beat me to death
Living
By Silas Nyamweya
1 hr ago
Amira shows off extreme body transformation after losing 17kgs
Showbiz
By Diana Anyango
1 hr ago
.