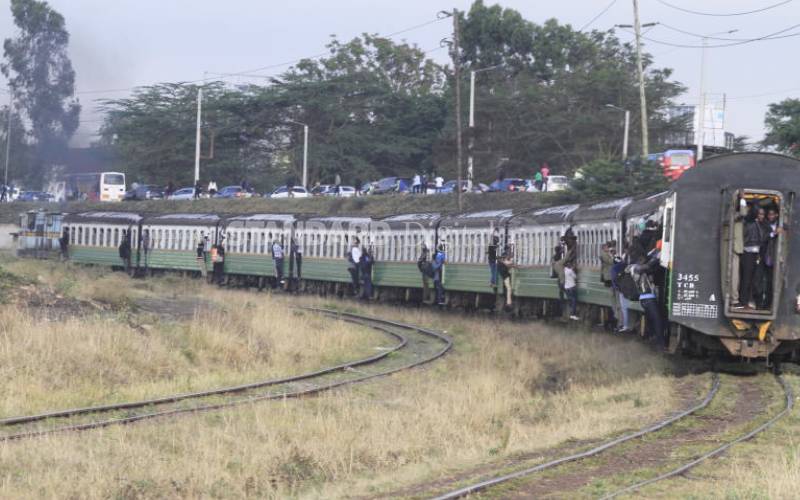 Government’s acquisition of 11 trains to serve some areas within Nairobi is welcome. An increase in vehicular traffic without a corresponding expansion in roads has resulted in traffic jams that are a never-ending nightmare for Nairobians.

Several perfunctory attempts to remedy this situation have been discarded as fast as they were mooted. Nairobi County’s first governor, Evans Kidero, believed getting rid of some roundabouts was the solution.

On the day his proposal was implemented, there was such traffic mess within Nairobi that the plan was abandoned the next day.

Transport CS James Macharia’s proposal on car-free days within Nairobi’s Central Business District (CBD) was also abandoned shortly before implementation for the absurdity of it. No feasibility studies had been carried out and neither had alternative parking been identified outside the CBD.

In 2016, President Uhuru Kenyatta announced government’s plan to roll out a Sh15 billion Mass Transport System under which the Bus Rapid Transport (BRT) and commuter trains were to operate.

Despite the hype, the BRT plan is still in abeyance. However, the purchase of 11 second-hand trains from Spain at a cost of Sh1.5 billion means the commuter train services plan is still on course. At that price of one train for two, the government says it got a bargain.

Granted, it is a good deal, but Kenyans need assurance that the trains will give them the services for which they were bought.

It should not turn out in the short run that public money was poured down the drain as happened with the purchase of seven defective Jordanian fighter jets valued at Sh1.5 billion in 2018 and four helicopters bought from Italy for the Police Service at a cost of Sh4.6 billion in 2018.

One of the old helicopters crashed in Boni Forest early 2019. A parliamentary probe last year established that the remaining three are grounded.

An efficient commuter train service has the ability to reduce traffic congestion that costs our economy an estimated Sh50 million daily in wasted man-hours and slowed productivity.

Fewer cars on the road means a reduction in greenhouse gas emissions that have contributed to global warming.

Moreover, train services are pocket-friendly and with little time wasted in traffic jams, workers’ productivity will be enhanced. This mode of transport works seamlessly in the developed world. We can make ours work and save ourselves a lot of headache.

Beef up security in universities and colleges

Only last month, a female student was raped by three men as she walked to UoN.