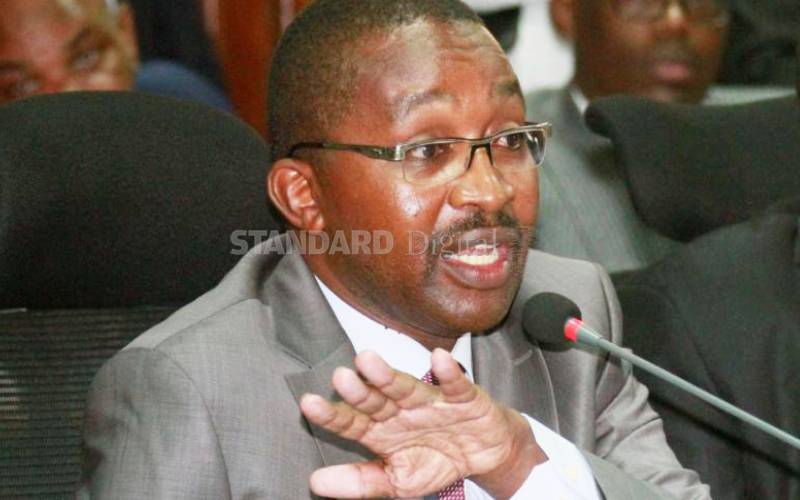 Murang’a Governor Mwangi wa Iria (pictured) and the county’s Senator Irungu Kang’ata have been on a collision path in the past few days.

Both claim to have the best interest of avocado farmers at heart, and it is hard to dispute this. They want to shield farmers from exploitation; they want farmers to get maximum dividends from the crop.

This drove Mr Iria to come up with Murang’a County Avocado Processing and Marketing Bill 2020, which has now generated a lot of heat.

If enacted, the Bill will require all avocado buyers and traders to have a contractual agreement with the county and be issued with permits. This will effectively run brokers, who are usually accused of reaping where they never sowed, out of town.

The senator, however, is on the middlemen’s side. He strongly opposes the Bill, arguing that it goes against free market ideals.

Both of them are of course entitled to their views. And indeed they have valid points. However, none of them has a right to force the other to support their standpoints.

They can try and direct the direction of the Bill, yes, but not through means that trample on the rights of others.

That is why it was in bad taste for the governor to storm two meetings last week where he suspected the issue of avocado was being discussed.

In particular, the confrontation that ensued when Iria and his supporters stormed a meeting graced by Deputy President William Ruto was despicable.

They ought to have behaved better before the vice president. The governor did not have to storm these meetings to respond to his supposed attackers. He could as well have done so from his office.

But all said and done, the Bill fronted by Iria could help turn around avocado farmers’ fortunes. Among others, it promises to ensure that only mature fruits are harvested. Immature fruit that eventually fails to ripen is increasingly giving Kenya a bad name abroad.

However, the Bill has contentious issues that need to be discussed and agreed upon. They include the requirement that farmers should apply for a licence in order to cut down an avocado tree, and the issue of middlemen.

As we have learnt from coffee, it defeats logic to force farmers to cling onto a crop that gives them only pain. Farmers should have the liberty to do away with crops that don’t give them profits.

In the same vein, farmers should be left alone to decide whether to sell their produce to middlemen or companies. Without doubt, majority of the farmers are intelligent enough to tell who is paying better for their produce.

However, for Murang’a farmers, their leaders now have a chance to decide what is best for them. That’s why the avocado Bill should be discussed with sobriety.