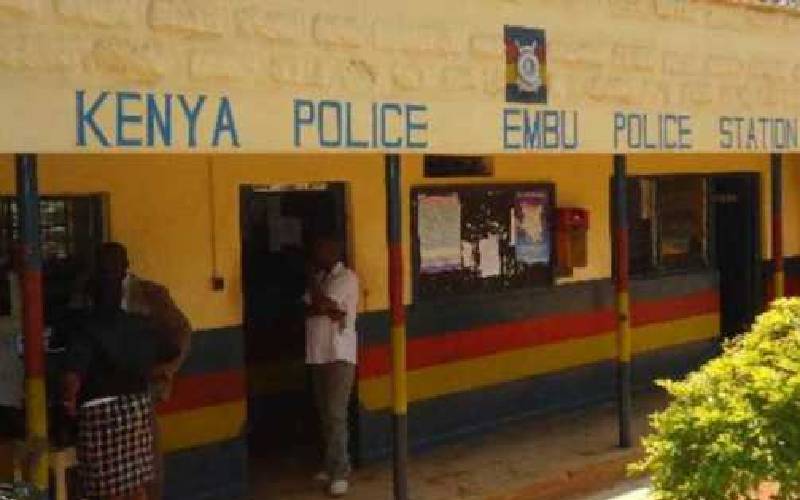 A magistrate court in Embu has summoned the OCS Embu police station to explain why a suspect was not presented to the court within 24hours as stipulated by law.

Elvis Fundi, who is facing assault charges, complained that he was held at the court cells the whole day on Monday and was not presented before a magistrate.

Senior Principal Magistrate Henry Nyakweba ordered that the OCS appears in court to explain why the suspect was not produced within the stipulated period.

"Let the officer in charge come and explain to this court why he was held beyond 24 hours," Nyakweba ordered.

He allegedly hit a reveller with a beer bottle on his forehead and mouth.

Fundi denied the charges, and the court granted him a bond of Sh10,000, a surety of a similar amount or cash bail of Sh5,000.

At the same court, a woman accused police of denying her the right to see her baby for two days.

Caroline Murugi faced charges of malicious damage to property allegedly committed on November 8, 2021, around 8.00 am at Kagumoni, Gaturi, Embu County.

She is said to have damaged a TV set, DVD player and homemade amplifier, all valued at Sh16,500.

"I was assaulted by the complainant, who is my uncle, and police have denied me access to my baby," said Murugi.

Murugi was released on a free bond.

Eleven people accused of causing environmental degradation have been arrested.

By Peterson Githaiga | 6 days ago

By Stephen Nzioka | 13 days ago