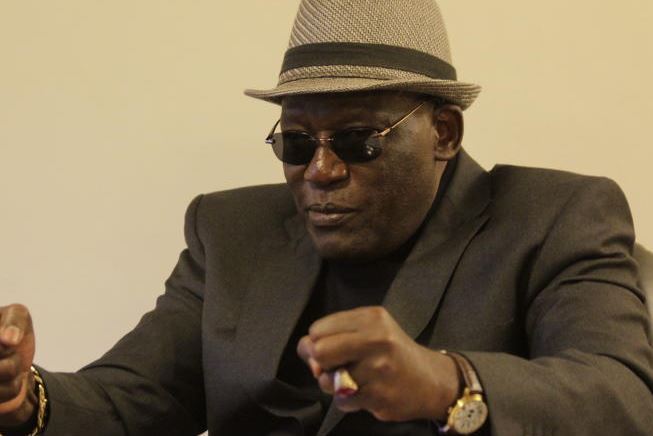 A court has saved a politician with the declaration that his estranged spouse should not be allowed to extend a 23-year-old legal battle over his multi-million shilling estate.

The Court of Appeal said the proceedings between former Machakos Senator Johnston Muthama (above) and his ex-wife Joyce Nzisa that started in 1992 and concluded in 2015 "cannot continue hanging over Muthama’s head like the sword of Damocles”.

“Litigation must come to an end at some point,” ruled Lady Justice Wanjiru Karanja when dismissing an application by Nzisa to be allowed to lodge an appeal out of time against a High Court decision that locked her out of the estate.

Karanja pointed out that Nzisa did not furnish the court with any medical reports to show that she was hospitalised due to the alleged shock suffered as a result of a June 2015 ruling by High Court Judge Lydiah Achode.

“Yes, she may have been shocked but clearly, the shock did not last four years. In any event, no medical evidence was availed to support such an allegation,” the judge ruled on June 5 when dismissing the application.

The ruling comes a few months after Muthama's other ex-wife, Agnes Kavindu, lost her bid to get a stake in his palatial home in Mua, Machakos County.

In the court documents, Nzisa, who has five children with Muthama, claimed they acquired various properties spread across real estate, shares in blue chip firms, a gemstones company and assorted vehicles.

But they fell out of love and Muthama filed for divorce in 1991. Nzisa also filed a cross-petition for a dissolution of the marriage.

Her tribulations are said to have started in November 1992 when she signed a memorandum of settlement to have the dispute solved.

In the deal, she was forced to withdraw the divorce case and give up her share of their matrimonial home in Lavington as well as a prime property in Runda.

The document was signed by both parties and filed in court on December 2, 1992. The matter was marked as fully settled.

Nzisa returned to the High Court in 2014 to have the document amended. She argued that their children were minors at the time Muthama invited them to sign transfer documents for two other properties.

She also claimed that her ex-husband had not given her any matrimonial rights, and that her settlement was not correct or complete.

But Muthama argued that Nzisa had willingly participated in drafting the settlement and had been enjoying its benefits for more than 20 years.

On July 9, 2015 the court ruled in favour of the politician, saying Nzisa had invoked the court’s jurisdiction in having the matter marked as settled based on an agreement she was privy to.

But four years later, on June 17 last year, Nzisa moved the Court of Appeal to be allowed to challenge the decision.

She told the court that she was 'devastated' by the High Court ruling and she had needed time to compose herself and plan her next move. Nzisa also said that she did not have money to file an appeal.

Muthama, however, said Nzisa was not being candid about her finances because she had filed two other matters in court and had paid legal fees.

The appellate court dismissed the application, saying she could have approached the registrar of the court to be allowed to lodge the appeal as a pauper if indeed she had no money.

In the earlier case between Muthama and Kavindu - who had divorced in 1983 - the court declared that the former wife was living on his property out of the politician's goodwill and not because she had any legal rights.

“The picture that emerged was not that of a spouse, but of a person accommodated initially as a mother of the respondent’s (Muthama) daughter,” ruled High Court Judge William Musyoka.

In the case, Kavindu had claimed she married the politician in 1975 but the relationship crumbled, leading to a divorce in 1983 that saw her father sued for refund of her dowry.

The recovery of the dowry was made through auctioneers after her father failed to appeal against an order granted in favour of her ex-husband and in-laws.

By Stephen Nzioka | 14 hours ago

By Peterson Githaiga | 14 days ago