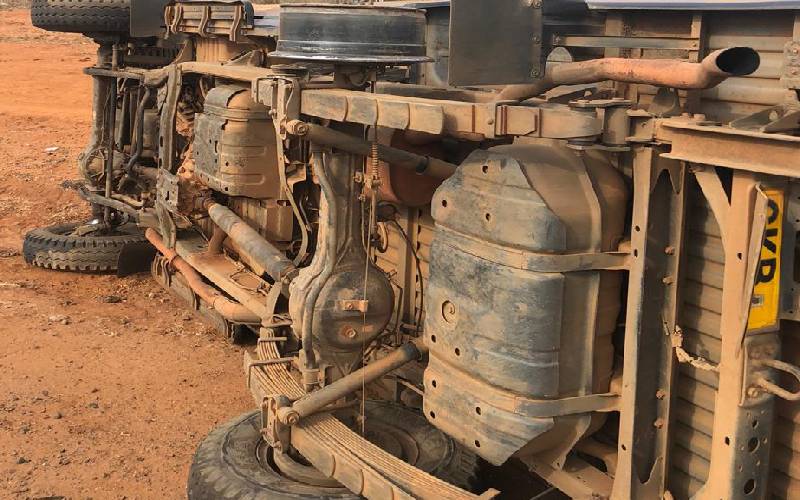 The accident is reported to have been caused by a tyre burst a few kilometers to Makindu town.

An unknown number of police officers from Mtito Andei police station were among those injured. Makueni county commander Joseph ole Naipeiyan said the victims are admitted at Kibwezi Sub-County Hospital. More to follow