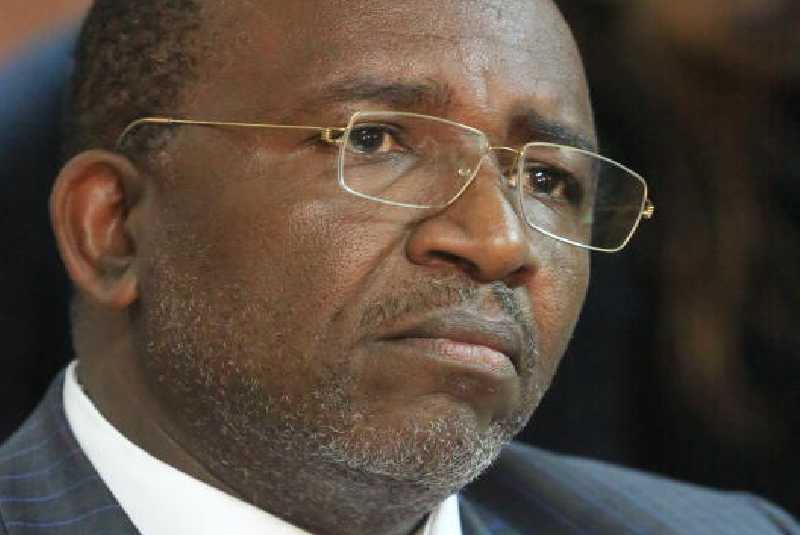 Meru Senator Mithika Linturi was on Wednesday barred from contacting his wife. This was after Maryanne Keitany obtained restraining orders against him.

Linturi is also not allowed to loiter near the home or areas Keitany visits often. The judge’s orders further state the senator will only contact his wife when permitted by court.

“The Senator is restrained from physically or sexually abusing or threatening to abuse the applicant, the applicant’s staff, their six children and any other person associated with the applicant,” Orenge said.

Keitany, on the other hand, can enter any of his residences in the company of an officer to collect personal belongings.

On November 2, detectives said they questioned the senator after his partner alleged he threatened to kill her during a domestic brawl in their Runda home, Nairobi.

The Meru Senator was grilled at the Directorate of Criminal Investigations (DCI) headquarters after Keitany filed a complaint, claiming he threatened to kill her.

Keitany, a former chief of staff of Deputy President William Ruto, recorded her statement at the DCI earlier in the week.

The two have been living together for more than five years.

Gun holder Keitany is said to have told police that Linturi, also a licensed gun holder, threatened to shoot her during an argument.

A senior officer at the DCI said Linturi was summoned to their offices after the complaint was made and that the matter was under investigation.

Linturi admitted he was at the DCI but denied reports that he recorded any statement over the allegations.

“I have not been summoned to the DCI nor recorded any statement and if I am called upon, I will present myself there,” he said.

When asked what he had gone to do at the DCI, Linturi said, “The DCI is a public office and anyone can go there when they want at any time. If I went to the DCI it is none of your business.”

He also warned that the facility risks losing its operation licence should it be established to have abetted the illegal act.

By Hamza Yussuf and Brian Okoth | 3 days ago