The former senator, who vied as an independent candidate, trounced Godana Doyo.

Isiolo Governor Mohammed Abdi Kuti, who was sworn into office yesterday, pledged to unite residents and end corruption and nepotism.

Dr Kuti was sworn in alongside his deputy Abdi Ibrahim Issa by Justice Mary Kasango at Isiolo Stadium.

Kuti extended an olive branch to his rivals, saying competition during campaigns should not be misconstrued to mean enmity.

"In the coming weeks, I will convene a meeting of all elected leaders and those I competed against so we can chart the way forward to unite our people. Let us all put aside our differences and work together," he urged.

The former senator, who vied as an independent candidate, garnered 22,669 votes to trounce the incumbent, Godana Doyo, who got 15,007 votes, and Jubilee Party's Abdul Bahari who managed 13,636.

"Today will be the end of corruption in the county. My administration will have zero-tolerance for the vice, and there will also be no nepotism," said Kuti.

Noting that Isiolo is home to five major communities - Borana, Turkana, Meru, Samburu and Somali - the governor said he would find a way to bring all on board in his administration.

Ten-point agenda or the Plan won't help if graft rules
To deal with corruption in all facets, we must go back to a small segment of the failed BBI process; National Ethos. We must redefine our national character by inculcating a culture of honesty.
Opinion
By Mike Nyagwoka
1 day ago

In whose hands? The State must disclose deals with other entities
Kenya’s narrative on corruption revolves around denial, scapegoating and hypocrisy. Last week’s column wondered who ‘we’ refers to in the question, “In whose hands are we safe?”
Barrack Muluka
By Barrack Muluka
2 days ago 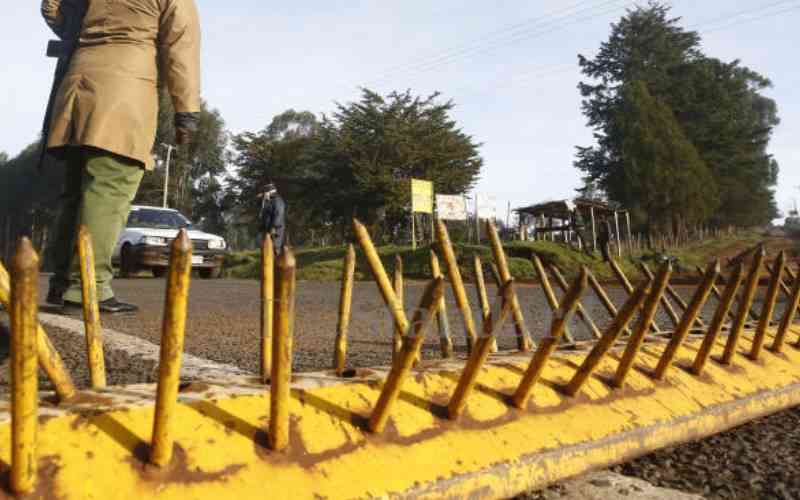 The art of bribery: A closeup look at how traffic officers operate on Kenya's roads
Motorists are equal partners in this corruption racket, especially when they fail to comply with traffic regulations.
National
By The Conversation
3 days ago

Premium NSSF paid Chinese firm Sh655m for Hazina construction delays
This is 75 per cent of the Sh871.7 million that China Jiangxi demanded from the fund according to Auditor General. The building in Nairobi CBD was to have 39 floors but was scaled down to 15.
Business
By Dominic Omondi
5 days ago
.