By David Oginde | 1w ago 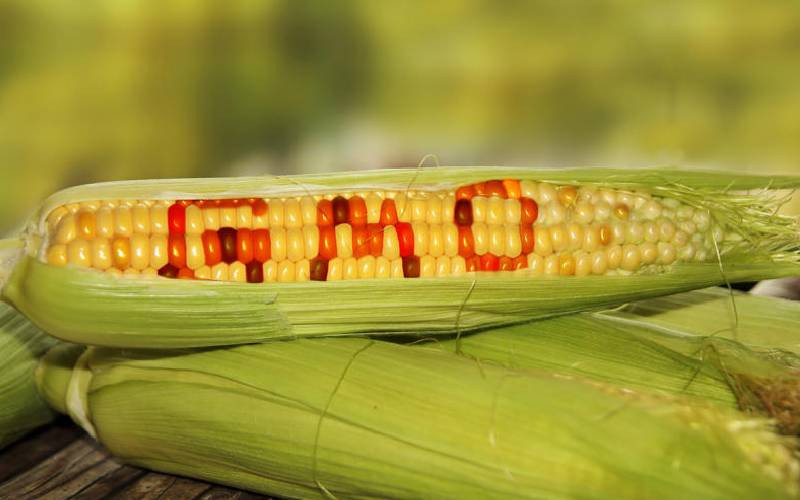 The debate over GMO foods is perhaps now tired and possibly stale. However, questions persist as to the implications of embracing this modern food technology.

While several scientists and agriculturalists have tried to expound the subject, many of us ordinary folks remain largely at sea. I therefore endeavoured to glean facts from some experts with the hope of gaining a better understanding of the real issues – and in a layman’s language.

Some discussions were intriguing. Let me summarise the questions I raised and the answers gathered. What exactly are GMOs? Genetically modified foods are foods derived from organisms whose genetic material DNA has been modified by the introduction of a gene with the trait that is desirable, for example, being drought resistant. The gene is then copied into the DNA of another organism. The modified organism is then grown to exhibit the extra acquired trait.

What is the main advantage of GMOs? By far, increased crop yields and hence food security. The GM maize, for example, is said to have 40 per cent yield advantage over the conventional crops. Increased yields will enable sufficient food supply and increased income for farmers. Are GMO foods safe? Technically, yes. No studies have so far shown otherwise. However, there is no research older than the 25 years in which GM foods have been consumed in the world. It may therefore be too early to conclude whether they are safe or not.

Is it true that GMOs can cause cancer? A 2012 report by Eric Seralini associated GMO to cancer. This led to widespread ban of GMOs in many countries, including Kenya. However, the Seralini report was retracted in 2013 for lack of sufficient evidence linking GMOs to cancer or other non-communicable diseases. Of course, the scientific dilemma is that lack of evidence is not proof of non-causality.

This is mainly due to fears that GMOs have the potential to cause harm to human and animal health, disrupt ecosystems, or affect plant diversity. Is it true that GMOs can make us dependent on imported seeds? This fear is based on what is known as Genetic Use Restriction Technology (GRUT). The technology makes seeds sterile, such that once the seeds have been harvested, they cannot be replanted. This means genetically modified seeds must be consistently imported from a specified source unlike conventional seeds. However, the use of terminator gene has not been approved by the National Biosafety Authority in Kenya.

Can GMOs exterminate conventional crops? If Kenya allows growing of GM foods in open fields, there will be possibility of nearby crops being turned into GM crops through cross pollination. The solution is to grow GMOs in confined or designated areas, though this can be a costly exercise.

If GMO is introduced, what happens to those who do not wish to consume them? With a robust regulatory framework, the purchase and consumption of GMO foods can be made optional.

In the EU, for example, it is mandatory to label GMO products so that consumers know what they are buying. This though is not the case in the US.

Is GMO the only solution to the food security challenge? Not necessarily. Our biggest challenges include drought, pests and low farming returns. We need to introduce drought resistant and pest resistance crops. Furthermore, other strategies like lowering the cost of farm inputs could also be adopted, for example, the recent move by President William Ruto to lower fertiliser prices. This will lower production costs and increase food supply. Government should also invest in better and larger storage facilities for times of good harvest. There should be fair policies for farmers to enable them market and sell their produce easily.

What should be the way forward on this discussion? Awareness creation is important to dispel real or perceived fears around GMO foods. A robust regulatory framework is needed to guide importation, consumption, and farming of GMOs before moving forward. Kenyans should participate.

By Kamore Maina 2 hrs ago
Premium Why police officers could smile all the way to the bank
.