I love my man but he's too selfish in the bedroom 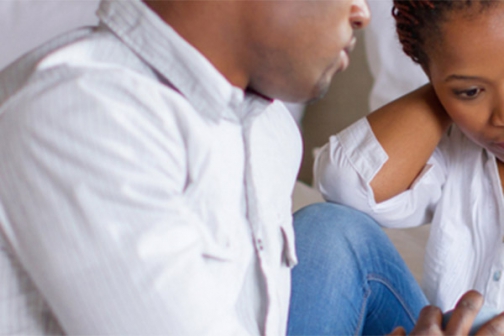 I’ve been with my boyfriend for almost six months now.

At the beginning I couldn’t get enough of sex – it was amazing.

But now it just feels like a routine – it’s the same thing every time.

I initiate it and then I do all the work until he is finished.

Why crying after love making is nothing to be ashamed of

We have a good relationship in every other way, but I’m beginning to feel like this is ‘just sex’ and there is no passion or spark between us during it.

I get no foreplay from him, which I’ve told him I like, but it’s never made the blindest bit of difference.

I am happy to please him, but it’s becoming frustrating.

I don’t want to keep harping on about it as I feel I’m pushing him to do things he doesn’t want to do or doesn’t like doing.

I know he loves me, but why won’t he pleasure me? Is he just selfish or being lazy?

I think he’s both. He can’t be bothered making any effort to please you – he just wants to get his rocks off.

So stop being so eager to please him.

Stop 'harping on', as you put it, but the next time he’s interested in having sex, just say you don’t want to do it.

And when he asks why not, say you’re not turned on and he does nothing to make you feel sexy.

The trouble is, if you keep giving in to him in bed, he has no reason to make the effort to change.

If you make your point and he still doesn’t try to pleasure you, then you need to think seriously about whether the relationship can last.

It’s important to be sexually compatible and if you’re already hitting problems six months in, imagine what it could be like six years down the line.

The Ready Made Man: Is it becoming normal for ladies to date married men

How early should one write a will | Black and White

The main opposition party in Tanzania's semi-autonomous Zanzibar islands called for a boycott of a planned re-run of disputed presidential, parliamentary and municipal elections on the Indian Ocean archipelago on March 20.