The High Court has ordered fresh hearing of a case in which a farmer in Nyeri County was awarded Sh4.1 million four years ago for breach of contract.

Justice Hedwig Ong'undi set aside the judgement and decree of June 28, 2017, by Chief Magistrate Wendy Kagendo against Naru Moro Enterprise Ltd in which Andrew Githenji Mwihuri, 80, had been awarded Sh2.4 million plus cost and interest from the date of filing the suit.

Justice Ong'undi directed the suit be heard by any other magistrate other than Ms Kagendo and Senior Resident Magistrate Christine Wekesa, who had previously handled it, and that it be determined within 12 months.

In 2012, Mwihuri had sued Kate Nyambura Karuku, John Karingithi, Lydia Wangari and Naru Moro Enterprise for failure to pay him a commission of Sh2.4 million as per an agreement.

Ong'undi said despite Wangari having filed her defence, she was not given an opportunity to cross-examine Mwihuri. The refusal by the trial court to set the ex parte judgement aside, she noted, had caused more delay in the determination of the case.

"Denying a party an opportunity to be heard and put up their case should always be the last resort," said the judge.

Mwihuri was to be paid Sh1.2 million commission after successfully negotiating with the bank to release a title deed for 32 acres known as Naru Moro Enterprise Block 3/1.

The bank had advanced a Sh14 million loan to Karuku, which she had been unable to repay, and the title deed for the land was being held by Deposit Protection Fund (DPF) at the Central Bank of Kenya, which was liquidating Trust Bank.

On Mwihuri's intervention, the DPF gave Karuku 15 days to pay Trust Bank Sh2.2 million to have the title discharged.  Karuku, who has since relocated to the US, eventually paid Trust Bank.

Githenji, however, never received his commission despite his efforts to rescue the land. In awarding the amount, Kagendo noted the plaintiff had proved his case, having met his end of the bargain.

By Mireri Junior | 50 minutes ago 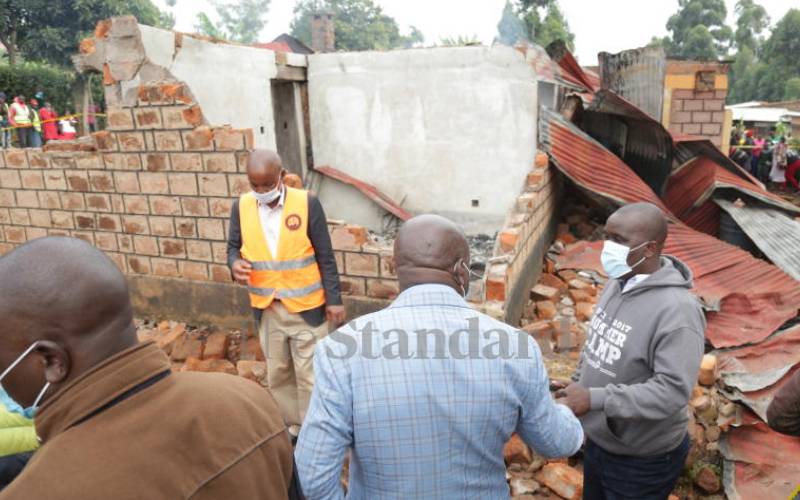