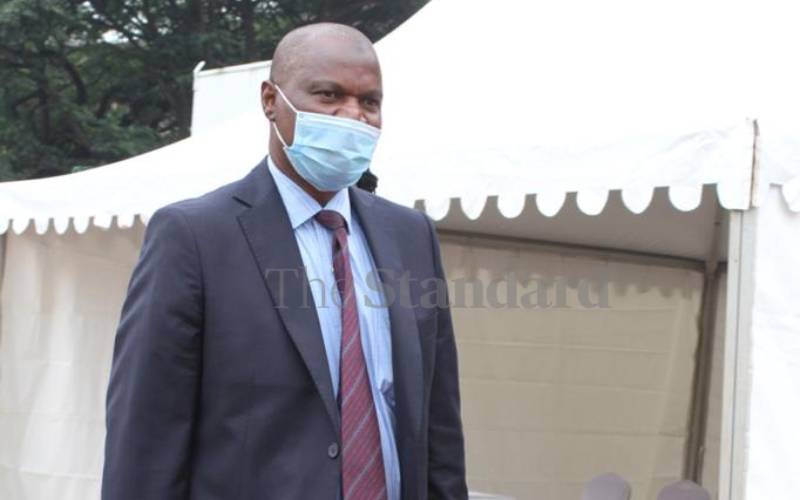 I am not changing my views on the judgement made on the defiling of a 13-year-old girl, Justice Said Chitembwe (pictured above) has said.

The 54-year-old Justice Chitembwe stirred controversy in 2016 when he set free a man serving a 20-year jail term for defiling a 13-year-old girl free on grounds that it was wrong to hand the man the heavy punishment when both were enjoying the relationship.

He was the first candidate to be interviewed by the Judicial Service Commission (JSC) for the position of Chief Justice and the seventh judge of the Supreme Court.

The High Court judge defended the judgement he made, urging the public not to use moderate words when describing sensitive societal issues.

Chitembwe added that he is not an advocate of the reduction of the age of consent.

He said in other judgements,he tried to explain how in other countries the age is 14.

"The age is not the issue," he told the panel headed by Prof Olive Mugenda interviewing him for the CJ post.

Justice Chitembwe said the broader matter is the social aspect of the law, which is meant to serve the people.

"Rulings are not about sending someone to prison."

He went on, "The way I communicated in that judgement [is the same way] I will communicate again. Whatever is happening is real."

JSC commissioner Justice David Majanja questioned Chitembwe on the judgement writing and whether he thinks the ruling made already-marginalised people feel left out in the justice system.

But Justice Chitembwe said, "Everybody will complain. I believe I used very kind words in the judgement and I am open to criticism."

In the 2016 ruling, Chitembwe said the country should think of changing the age of consent to avoid jailing those who have sexual relationships with girls aged below 18.

When asked what theory of law informs his decisions in judgment making, Justice Chitembwe said he uses the sociological approach.

On the contrary, the legal mind told the Commission that if he becomes the president of the judiciary he will not make any changes in the Supreme court apart from correcting the public perception of the apex court's integrity.

On Tuesday, it will be Prof Patricia Mbote's turn to face the commission.

schools are going to be opened on May 10 for the third term as was earlier planned, due to a decrease in Covid-19 infections,

By Eric Abuga | 52 minutes ago

Push for more resources at the heart of political realignment
;
Feedback