Health services will continue being paralyzed even as the Employment and Labour Court ordered striking health workers to temporarily resume work on Wednesday.

Union officials, however, claimed the court order does not apply to the ongoing strike, stating it is in regards to a strike notice issued on October 19.

The joint strike notice demanded an address of the welfare of healthcare workers on promotion and stalled re-designation.

Kenya Union of Clinical Officers (KUCO) Secretary-General George Gibore said the order was meant for staff employed by the national government who earlier issued a strike notice demanding promotions of affected cadres who have stagnated in one job group for over 15 years.

“We later issued another strike notice on issues safety at workplace for healthcare workers which cannot be equated to the previous strike notice,” Gibore said. 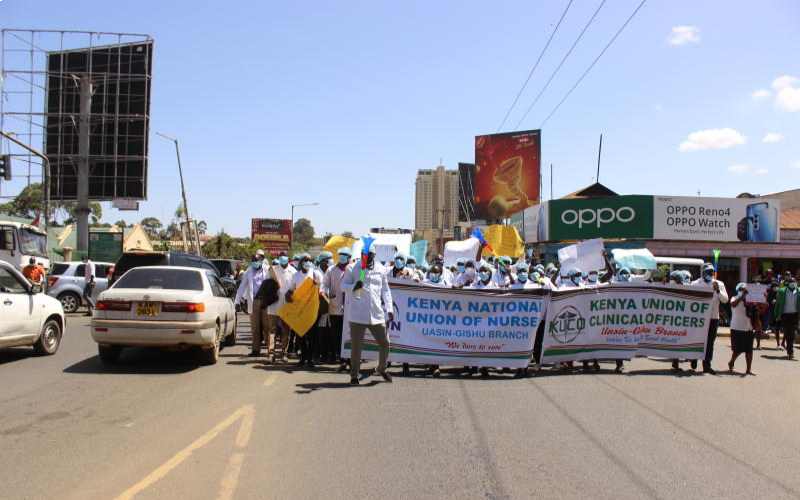 He maintained that the strike notice issued on November 23 on safety will still stand and medics will remain out of hospitals based on safety.

“This to allow negotiation before mentioning virtually the case on December 30 to see if parties are able to agree on this single issue which should not bar the respondents and counsel for the first and fourth respondents’ members from rendering service,” read the ruling in part.

However, Gibore emphasized that the ongoing strike by nurses and clinicians was on grounds of safety at the workplace.

“This is a serious matter and court order is not sufficient enough to compel us to go back to work,” he said.

Sonko needs at least 24 of the 47 votes to survive the ouster motion.