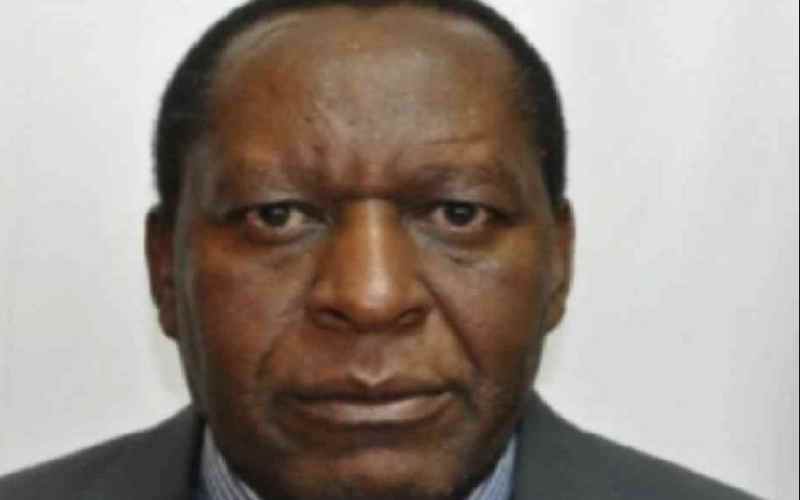 A parastatal boss has lost his job after he altered his date of birth and name on national identification documents.

The Employment Court ordered the Tana and Athi River Development Authority (Tarda) to start the process of replacing the agency boss.

The Union of Kenya Civil Servants presented documents in court to prove the illegality committed by the officer.

Ruimuku, who rose from a trainee financial analyst to deputy managing director was appointed acting MD in April 2013 pending the recruitment of a substantive office holder.

However, in a gazette notice published on June 15, 2015, the Ministry of East African Community and Regional Development Cabinet Secretary appointed him as MD for a term of three years.

On March 28, 2018, the CS renewed Ruimuku’s contract for a second term prompting the union to file the case on the grounds that it was irregular, unlawful and unconstitutional.

Armed with copies of the MD’s two national identification cards, passport, marriage certificate, Auditor General’s report and the Ethics and Anti-corruption Commission’s preliminary report, the union argued that Ruimuku was not fit to hold public office due to integrity issues.

The MD changed his name from Stephen Maina Githaiga to Steven Githaiga Ruimuku. He also changed his date of birth ostensibly to delay retirement, a move the court said was in violation of the values and principles of integrity

The union told the court that Ruimuku’s passport indicated the date of birth as October 20, 1958 under the name Ruimuku Steven Githaiga while the national identity card issued in April 2011 had the name Stephen Maina Githaiga with year of birth indicated as 1953.

The June 2015 report by the Auditor General indicated that Ruimuku had changed his name.

The Immigration Department had in a preliminary report shared with the EACC established that the owner of Identity Card No 1901968 while making passport applications had filed date of birth as December 31, 1953 and that marriage certificate issued to the said Stephen Maina Githaiga by the Registrar of Marriages indicated the age as 35 years.

But Ruimuku maintained that his passport, identity card, birth certificate, baptismal card and police clearance certificates indicated date of birth as October 20, 1958. He denied being privy to the identity card filed as an exhibit by the union showing different dates.

The MD urged the court to ignore the copy of the identity card showing date of birth as 1953 because it was not certified as required by section 26 of the Births and Deaths Registration Act.

However, Ruimuku and the director, Department of Civil Registration did not respond to the name discrepancy between Stephen Maina Githaiga and Ruimuku Steven Githaiga.

The MD was also accused of using his position to appoint 41 relatives in breach of a Treasury circular and Article 232 of the Constitution that provides for values and principles of public service, including equal opportunity in employment.

“The court is satisfied that the 4th Respondent was in breach of the values and principles of public service as well as the requirements on code of conduct and ethics by causing to be employed by the Authority, persons related to him,” reads part of the judgement delivered on Friday.

The court also faulted the CS and parastatals’ board, saying the appointment of the officer to the position of MD failed to meet the expectations, values and principles of the public service.

“The recommendation by the Authority in 2018 for the appointment and/or renewal of contract of Ruimuku, and the renewal of contract by the Cabinet Secretary was founded upon an obvious breach of the guiding norms and cannot be allowed to stand,” reads the judgement in part.