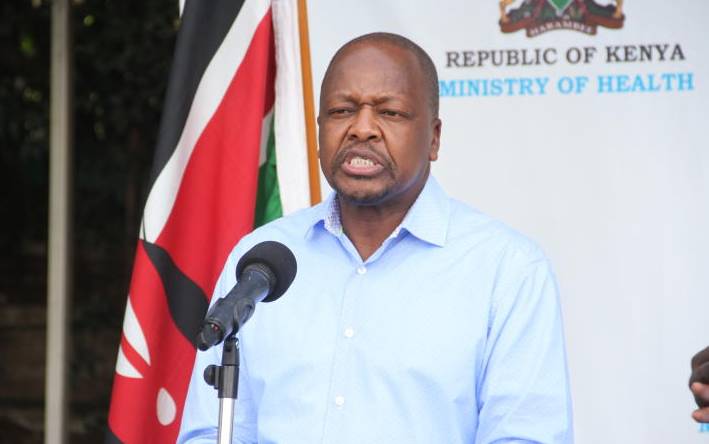 Hundreds of people quarantined for observation for the coronavirus are staring at huge expenses following the directive extending their stay for another 14 days.

Among them is a family of five that is putting up at Pride Inn, a four-star hotel in Nairobi’s Westlands hub, whose bill has already hit Sh400,000.

Continued forced stay means the bill would double for the three rooms occupied by the family that includes an elderly couple.

Extension of the quarantine period is linked to a supposed failure to observe the strict rules to avoid infection from the confirmed patients who have since been moved to hospital.

At the heart of the concerns is the failure by the observing medics in enforcing the social distancing rules while unfairly punishing the diligent ones who followed the guidelines.

It also would raise major concerns about whether the State should come in and subsidise the costs considering that these are unplanned expenses.

Shakir Yassin whose family jetted into the country on March 23 after a visit to Ethiopia, is devastated by the soaring costs of living in a hotel.

They had to cut short the trip to make it home within the window allowed by the State for returning citizens.

“It is going to be quite costly for us, I am really hopeful that we would be allowed to go home today,” Yassin told the Standard on phone.

The daily cost for the three rooms is Sh28,000, an amount he said should have been more than sufficient to cater for police officers to ensure they self-quarantined in their home for the past two weeks.

He fears that the conditions at their hotel could actually be helping spread the virus, terming the facility as an “coronavirus incubation centre” rather than hotel.

Yassin’s concerns are echoed by Bonface Ombui who is putting up at a nearby hotel that is also on the list approved by the State as an isolation facility.

Ombui retraces his anguish to the day when he landed at the Jomo Kenyatta International Airport after a business trip to Nigeria.

“We were all lumped into the National Youth Service bus, without social distancing and very poor ventilation,” he laments.

At his hotel where two cases have since tested positive, the guests have been cleaning their own rooms but still paying the full rate of Sh9200 ($90) a day.

“It is unfair that they would be charging us as if we are on holiday here while it is not our wish,” Ombui said.

Mutahi Kagwe (above), the Health Cabinet Secretary, has since directed that the guests in his hotel would stay on for another two weeks, regardless of the results of a test scheduled for today.

Guests in Ombui’s hotel had earlier Sunday written an appeal to the CS complaining about the decision to extend the quarantine.

“What evidence do you have that we have not been complying by the MOH guidelines? From our understanding the only way to disprove this statement is by testing all of us again,” they wrote in the letter addressed to the CS.

Hotels, they said, were like prisons and potential spaces for disease to thrive because of the interaction with people who are from the outside world including staff.

“Furthermore interrogation of the same hotel staff has confirmed that not one of them has been tested for Covid19...the financial concern and question of money has also been raised over and over again,” the protest letter reads further.

It would appear from the appeal that the guests have been negotiating with the hotel management to review the rates, but to no success.

Quarantine facilities where no one has tested positive are likely to have their subjects released within the week.

Plea to the government

In the letter, the guests highlighted five key grievances that they want to be addressed by the government, as they protested the extension.

In their first grievance, they are saying they have spent a lot of money to be quarantine and they fear that they will not be able to sustain it.

“Sir, left with little choice and fearing the condition in some quarantine centres, some of us borrowed money to pay for hotel accommodation in order to comply with mandatory quarantine. It is not because we are affluent,” reads part of the letter.

Secondly, they complained that some of them have special needs that have not been addressed. These they say include expectant women who cannot access antenatal medical care, the sick who cannot get their medications and so forth.

They have students among them who they say are suffering because they do not have amenities like internet access to study online.

Despite paying at least Sh9,000 per day for accommodation, the guests have decried poor standards of services. For instance, they complained of poorly ventilated rooms and lack of cleaning services which forces them to clean their own rooms.

They also said that there has been poor communication since the time they arrived at the Jomo Kenyatta International Airport.

Faithful released on free bond, ordered to report to OCS until further notice

By Olivia Odhiambo | 15 hours ago

By By Harold Odhiambo | 17 hours ago